Riches to Rags: Cricketers who went from Stardom to Poverty 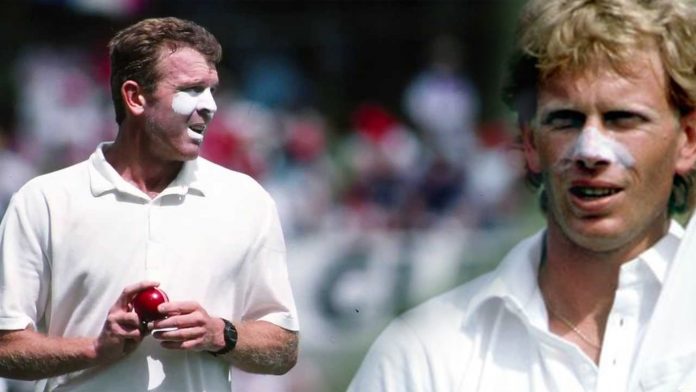 With cricket being one of the most followed and loved game around the world, it is quite understandable that cricketers make a lot of money. Where some of the cricketers believe in doing charity with the money they earn, some often keep it all by themselves. Well, hammering big shots for your country makes you a star but in many cases, this stardom is not long-lived. The world of cricket witnessed cricketers going rags to riches and then once again walking a path from stardom to poverty.

Chris Cairns, the New Zealand player known for his potential to hit huge sixes to the stands whenever he wanted was one of the most popular cricketers of his time. However, as luck would have, Chris after retiring from cricket chose to become a Diamond Merchant which led to his downfall. In the year 2010, Cairns started trading as a Diamond Merchant in Dubai, earning a lot of money. But in the year 2013 the allegations of Cairns being involved in IPL match-fixing started surfacing & with the cost of legal proceedings, Chris was forced to clean bus shelters.

Everyone must remember the iconic Australian-New Zealand player who hit a double century on his Test debut and went on to have a lucrative cricket career. Matthew’s career as a cricketer was full of stars shining bright, with the player adding a new feather to his cap each time he walked to the field. However, Sinclair chose to pack his bags and move away from the world of cricket in the year 2013 & that’s exactly when poverty hit him hard. The player didn’t work for a few months. Also, he failed to get a high-paying job due to lack of qualification. He finally got a job of a real-estate salesman which helped him in making ends meet for his family.

Recognized as one of the best medium-pacers, Strang managed to dig a place for himself on the Zimbabwean side during the mid-90s. However, the player’s career was not long-lived as his aggressive behavior landed him into political turmoil. He was asked to stay away from the game and was even thrown into prison by the authorities. The player became depressed and even tried to commit suicide. However, later on, after coming back from the prison, he started learning yoga and now preaches the practice around the world.

One of the greatest players of England, Adam Hollioake bid adieu to the international cricket in the year 1999 but continued to with his domestic career, playing for his trade clubs till the year 2007. Later on, he shifted to his family property business as the property sector was witnessing a great boon in Australia back then. However, in the year 2008, the recession hit the country, and Adam’s business went downhill & eventually Adam was declared bankrupt in the year 2011. Adam then turned to Mixed Martial Arts (MMA) to support his living.

Graham Dilley who is known to as one of the reasons behind the legendary triumph of England against the Aussies in the dramatic Ashes 1981 war. Nevertheless, despite being attributed as a prominent cause behind the English Ashes victory, the player didn’t have a great time. He went through two divorces and various struggles during his life. Reports have it that Dilley was penniless & drowned in debt when he died. He didn’t leave anything in his will once all the debts were cleared, and was even seen selling his cricket blazers for money when he was alive.

Destiny can take a turn anytime, one moment you are at the top of the world, and the next moment everything is gone. That’s what exactly happened with some of the greatest cricket legends who went from riches to rags. Do you know some other names that could’ve been a fit in the post? Then do let us know, till then stay tuned for more sports stuff.