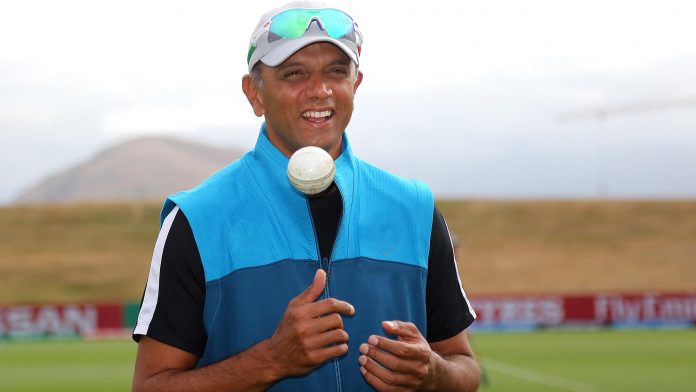 Team India's legend, Rahul Dravid, has been given a new responsibility. Rahul Dravid has now been appointed as head of cricket operations of the National Cricket Academy, and soon the veteran batsman will handle the responsibility of this academy situated in Bengaluru.

"Mr. Dravid will oversee all cricket related activities at NCA and will be involved in mentoring, coaching, training and motivating players, coaches and support staff at the NCA," BCCI said in a release.

After his appointment of the National Cricket Academy, classical right-handed batsman, Rahul Dravid's responsibilities have increased a lot. Dravid is currently the Chief Coach of India-A and India Under-19 team, and hopefully, he will continue this further after taking charge at NCA. As a chief coach of U-19 team, he has helped in grooming young talent such as Rishabh Pant and Prithvi Shaw whose performances is speaking for them now.

Though Dravid was to take charge of the academy in July itself his current job at India cements caused the delay. Because of this, due to the BCCI rules, it was a matter of conflict of interest, but now the reports suggest that Dravid has taken leave from India Cements.

The responsibility of Dravid in the National Cricket Academy will be providing excellent coaching arrangements both for women and men cricketers, and providing necessary inputs on the same to the senior head coaches.

Follow MyTeam11 for the latest sports stuff, news and predictions.