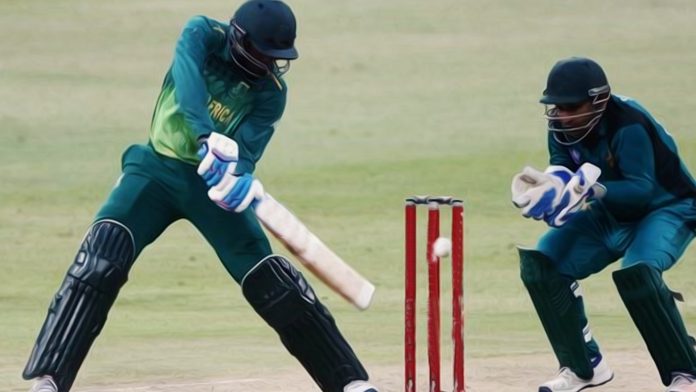 Passing Racist comments, insulting the players, or mocking them for their style had become a usual sight at the cricket fields. Meanwhile, the International Cricket Council, the governing body of cricket around the world is sweating blood to put a period at such instances, the incidents seem to continue haunting the sportsman spirit of the game.

The second ODI between Pakistan and South Africa became home to one such incident that poured water at all the efforts of ICC for controlling on-field conflicts & aggression amidst players. Currently, Pakistan is touring South Africa for a series comprising of 3 Tests, 5-ODIs and 3 T20Is. It was during the 2nd ODI game that the Pakistan wicketkeeper, Sarfraz Ahmed, was seen mocking the South African all-rounder, Andile Phehlukwayo, over his complexion.

Sarfraz passed some provoking racist comments on the 22-year-old all-rounder, calling him “Kaala,” when he came to bat on the keeper’s side. The comment was made taking after the dusky complexion of the Proteas’ all-rounder.

The act was caught on the stump mic during the 37th over of the 2nd ODI played on Tuesday at Kingsmead. Sarfraz was heard saying, “ Abey kaale, teri ammi aaj kahaan baitheen hain? Kya parwa ke aaye hai aaj? (Translation: Hey black guy, where's your mother sitting today? What [prayer] have you got her to say for you today?)”

ICC condemns the following of such acts and thus, focuses on enforcing strict rules to avoid such occurring. In accordance to the ICC anti-racism act, "any conduct (whether through the use of language, gestures or otherwise) which is likely to offend, insult, humiliate, intimidate, threaten, disparage or vilify any reasonable person in the position of a Player, Player Support Personnel, Umpire, Match Referee, Umpire Support Personnel or any other person (including a spectator) on the basis of their race, religion, culture, color, descent, national or ethnic origin," is considered to be an act of passing racist comments, for which the accused can be punished.

The act of Sarfraz caught huge attention among both the media and the fans. Following the hype about the incident, Sarfraz has been receiving a severe backlash on social media. On the other hand, South Africa went on to win the match, leveling the series at 1-1.

We wonder till how long we’ll be able to call cricket a “Gentlemen’s Game,” if such stances keep on flooding in front of us. Well, the time can only tell about it. Till then if you want to munch on the latest sports stuff then stay tuned with MyTeam11.