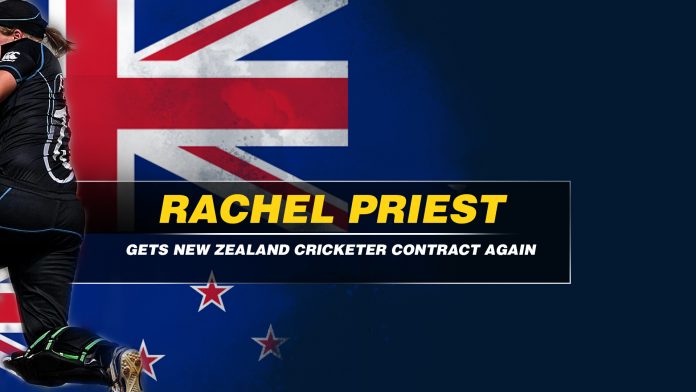 The Kiwi wicket-keeper batsman Rachel Priest is back among the list of contracted New Zealand Women cricketers for the 2019-20 season. The 34-year-old last represented the White Ferns at the 2017 World Cup in England and was left out thereafter with then-coach Haidee Tiffen citing the player's poor fitness as reason for the axing. However, Priest continued her fine run in the domestic circuit and went onto grab her name in contracted players.

Rachel Priest has featured in 154 international games. Priest has forged her way back into the national team reckoning with her impressive show in this year's Women's Super League T20 in England, finishing fourth in the tournament's run charts with 365 runs at a strike-rate of 145 as her team, Western Storm, clinched the title.

Priest has been joined in the contract list by off-spinner Anna Peterson, also omitted last year, while seamer Rosemary Mair and batter Lauren Down are first-time recipients of the national contract. Down and Mair both toured Australia with the White Ferns earlier this year.

"I want to bowl fast, so my training will be centered around that and working with bowling coach Jacob Oram to get the best out of my action," Mair said. "I'm excited for what's ahead and this contract gives me the resources and time to really commit and focus my energy on cricket."