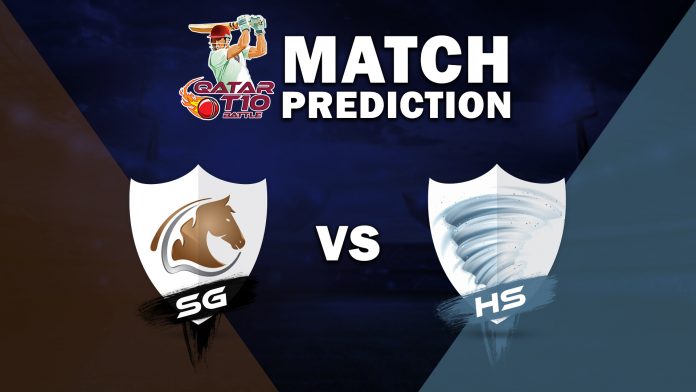 The 9th match of Qatar T10 Battle 2019 on Thursday will see Swift Gallopers and Heat Stormers locking horns with each other at West End Park International Cricket Stadium in Doha. The match will begin at 11.30 PM IST. Stormers, who are currently rooted at the fifth spot, will be eager to register their first win of the tournament. Gallopers, on the other hand, have occupied the fourth spot in the table with one win and one loss out of their two matches.

After the defeat in their opening game, Swift Gallopers turned up in style against the Falcon Hunters. After an average performance with the bat in the first game, Gallopers’ batsmen came back strongly against the Hunters as they posted a big total of 116. The bowler’s too rose to the occasion and defended the target to clinch their first win. Kamran Akmal emerged as the top-performer of Gallopers by scoring 25 runs off 16 balls. He was well supported by Zaheer Ibrahim, who smashed 32 runs off 19 balls. Gallopers will be relying on skipper Kamran Akmal to drive them to a soaring start.

After starting their campaign with a defeat, Stormers opened their account with a point after the washed-out game against Flying Oryx. The washout was a big blow for Stormers as they remain at the bottom of the points table. Stormers suffered a heavy defeat against the Falcon Hunters. Stormers robbed of the win in the last ball as Salman Butt dispatched it for six to take Falcon Hunters over the line. Dharmang Patel was the top-scorer for his side in the first match. Patel smashed 26 runs off 14 balls. Heat Stormers will have a lot more depth in their line-up as Zimbabwe all-rounder Sikandar Raza is expected to play his first match of the tournament.

Surface will be flat but on the slower side and the batsmen will be able to score at will, once they get used to the pace of the wicket.

Few clouds will hover around the ground, but we can expect a full 20 over match as there is 0% chance of precipitation. The temperature will be around 19 degrees Celsius.