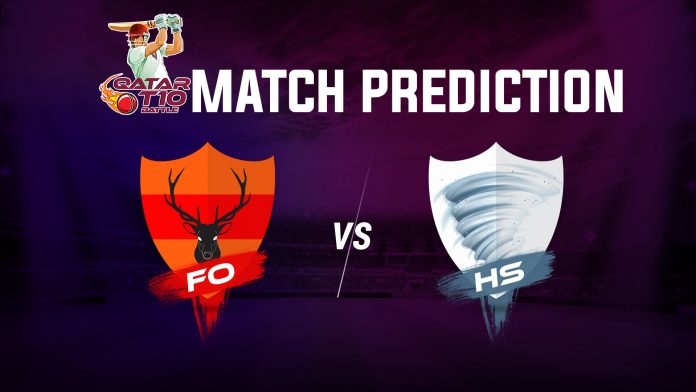 Flying Oryx will look to get back to their winning ways as they square off against Heat Stormers in the 7th match of Qatar T10 Battle. The game will begin at 11.30 PM IST at the West End Park International Cricket Stadium in Doha. Both teams will fight in a quest to bag a victory.

After clinching an easy win in the first match, Flying Oryx suffered a heavy defeat against the table topper Desert Riders. Oryx batting didn’t click in the second match as the team only managed to score 95 runs in their 10 overs. Hussain Talat, who smashed an impressive half-century to steer Oryx side to the victory, failed to make an impact in the second game. Flying Oryx are currently sitting third in the points table with one win and one loss. Flying Oryx are favourites going into the match

The Heat Stormers batted quite well in the first match. The team managed to post a challenging total of 103, but Salman Butt snatched the victory from Stormer's hand by hitting a last-ball six. Dharmang Patel was the top-performer for Stormers as he smashed 26 runs off 14 balls. Heat Stormers, who will be playing their second match of the competition, will aim to register their first victory.

The surface has been on a slower side lately and has not allowed the batsmen to hit freely. Both teams will look to chase in this wicket.

Late-night showers are expected as the reports suggest 85% chances of rain. The temperature is expected to be somewhere around 21-23 degrees Celsius.