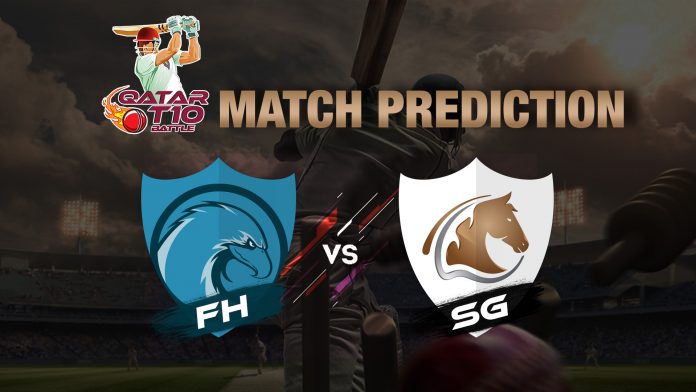 Qatar T10 Battle is set to serve another gripping encounter between Falcon Hunters and Swift Gallopers at the West End Park International Cricket Stadium in Doha. The game is slated to start at 11:30 PM IST. The two teams are coming off contrasting results in their respective opening matches. While Falcon Hunters clinched a victory against Heat Stormers, Swift Gallopers faced defeat against Desert Riders in their opening game.

Salman Butt was the star with the bat for Falcon Hunters as he anchored his side to a six-wicket victory. Butt hit a six from the final ball of the innings to get Hunters over the line. Salman scored 39 runs in 27 balls and hit three fours and two sixes.

Swift Gallopers had a few significant players absent in the first match, and that cost them the game. Barring Kamran Akmal, none of the Gallopers batsmen looked comfortable in the middle. Akmal scored 29 off 13 deliveries, and his brisk innings pushed Gallopers to a total of 93 which in the end didn’t prove enough.

Gallopers batting will be relying on the in-form batsman Luke Wright. The 34-year-old has played 50 ODIs and 51 Tests for England and was exceptional in the recently concluded Abu Dhabi T10 Carnival.

The West End Park International Cricket Stadium had produced some low scoring matches, but since this tournament is in the T10 format, we could see batting tracks.

The conditions are expected to be cloudy, with a 30 per cent chance of precipitation. The temperature will be around 25 degrees Celsius.