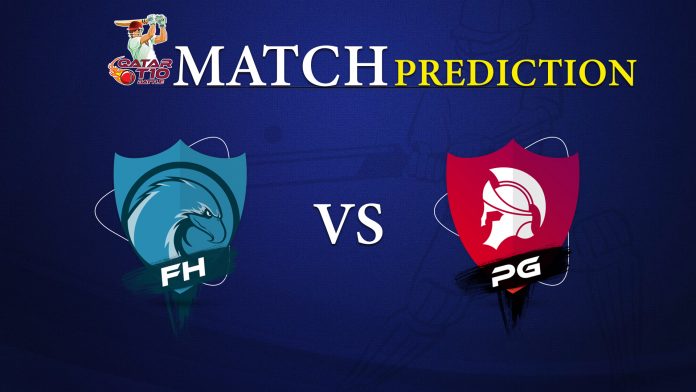 After a gruelling week in Qatar T10 Battle, the extravaganza continues with another encounter tonight. The 13th match of the fast-paced tournament will be played between Falcon Hunters and Pearl Gladiators at the West End Park International Cricket Stadium in Doha. The game is slated to start at 10:30 PM IST.

Falcon Hunters are having a sensational run in the tournament. The team has won three out of their four matches and are currently sitting on the second spot. They will look to topple the Desert Riders from the first position of the points table with a win in this match.

Pearl Gladiators, on the other hand, would look to revive their faltering campaign against the in-form Hunters. Gladiators have failed to register a single win in their three matches and are currently rooted at the bottom of the points table.

After winning their opening match in the Qatar T-10 League Battle, Falcon Hunters suffered a defeat in their second game. But the team made a powerful comeback against the table toppers Desert Rider. The Hunters then demolished Flying Oryx to clinch their third win. The Iqbal Hussain-led side ran havoc on the Oryx’ batting line-up. After restricting Oryx on a meagre score of 45 runs, Hunters chased down the target with 33 balls remaining. They are the favourites in this game.

Gladiators‘ campaign in the tournament so far has been dreary. They are yet to open their account in the points table. The Mohammad Sami-led side are struggling with their batting. In their previous match against Swift Gallopers, Gladiators failed to chase down the target of 115 as they bundled out on 67 runs. Ajantha Mendis, who scalped two wickets in his spell, was the pick of Gladiators’ bowling line-up. They will be eager to turn it around against the Hunters.

Most teams have chosen to elected to field first after winning the toss and the trend is likely to continue in this match as well. We can expect a high scoring match.

Rain is likely to spoil today’s match as showers are on the cards for today. The temperature will hover around 24 degrees Celsius.