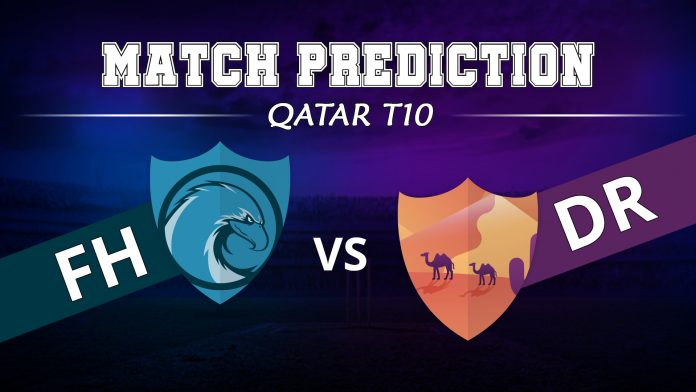 After earning a convincing victory against Heat Stormers in their first match, Falcon Hunters suffered a setback in the second game. Falcons' bowlers were clueless on a slow pitch and leaked plenty of runs. The target of 116 proved too much even for the Hunter’s powerful batting line up. Salam Butt, who anchored his side to a six-wicket victory in the first match, didn’t make much of an impact in the second game. The hunters would look to improve their bowling ahead of their third match.

The Desert Riders have started their campaign on a good note. The team has won two matches while chasing. Their third game against the Pearl Gladiators got washed out. Riders paced their innings better while chasing and they will aim to continue the trend against the Hunters as well. While Adnan Mirza and Muhammad Tanveer were the stars for Riders in the first match, former Pakistan opener Mohammad Hafeez took the team home with his all-round performance in the second game. Riders’ bowling attack will bank on the experienced Sohail Tanvir. The bowler so far has been good with the ball and he will be crucial against the Falcon Hunters’ top order.

The surface has been on a slower side lately, but we can expect bigger scores in the upcoming matches as the batsmen get used to the conditions.

The conditions are likely to be cloudy, but we can expect a full 20 over match as there is 0% chance of precipitation. The temperature will be around 19 degrees Celsius.

Share
Facebook
Twitter
Previous articleIND vs. WI: Mayank Agarwal Is Expected To Replace Injured Shikhar Dhawan In ODIs
Next articleAsghar Afghan has been reappointed as Afghanistan captain across all formats