Pujara stays on the crease after edging to wicket-keeper; Fans lashes out calling him a “Cheat” 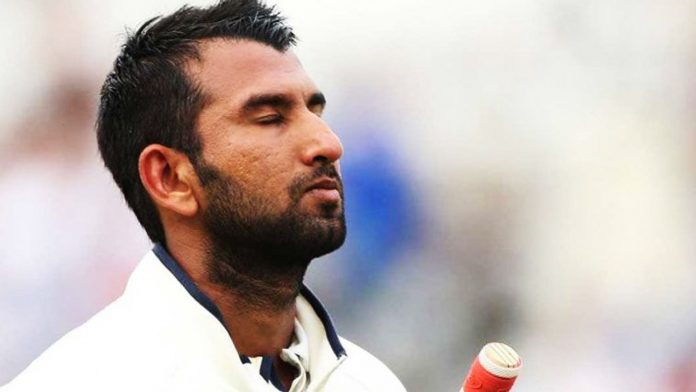 Cheteswar Pujara, the player who helped India clinch their maiden Test victory with a lead of 2-1 Down Under against the Aussies, recently received a severe backlash from the fans. It was during the Ranji match between Karnataka and Saurashtra when the fans started calling Pujara a “Cheat” while the player was moving back to the Dressing room.

Everything started when the player chose not to walk out after edging to the wicket-keeper as the on-field umpire didn’t mention the player as out. The incident took place during the 2nd Semi-final of the Ranji Trophy match where Pujara nicked a delivery straight to the wicket-keeper. The wicket was celebrated by the former Karnataka captain, R Vinay Kumar, who was bowling at the time. However, it came as a shock to everyone when the umpire didn’t raise his finger to announce Pujara out.

Moreover, things became worse when the Saurashtra batsman chose to stay on the crease and keep playing, despite knowing the situation. The decision by the on-field umpire was not approved by the Karnataka players by they had to go with the decision as they didn’t have any other option. However, the fans didn’t look happy with the umpire’s decision and started criticizing the player’s decision to stay on the field by calling him a “Cheat.”

Saurashtra was at 68 runs off 3 wickets when the incident took place, and a wrong decision made the umpire led to Karnataka losing the match. Pujara went on to establish a partnership of 201 runs with Sheldon Jackson for the fourth wicket, leading Saurashtra to an ultimate victory.

Saurashtra, the winners of the 2nd Semi-final, will be facing Vidharbha in the finals of Ranji Trophy 2018/19 which is scheduled to be held from February 3.

If you want to stay updated with the latest sports stuff, then stay tuned to MyTeam11.