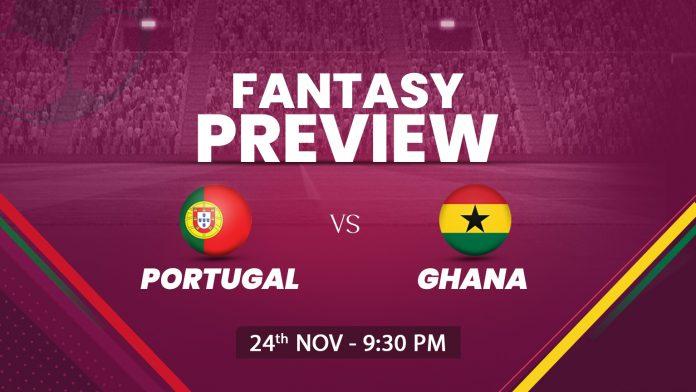 Football action in Group H, also dubbed as the ‘Group of Death’, kicks-off on Thursday as 2016 European Champions Portugal take on Ghana. Fernando Santos’s side will be keen to start off on the winning note and sit in a comfortable position before their match against Uruguay. Portugal are favourites to win on Thursday but 2010 quarter-finalists Ghana, will try to do everything in their power to come out with a positive result in this fixture. Let’s look at the fantasy team prediction for the match and do read till the end if you want to see suggested fantasy XIs.

The Selecao had to through a tougher route than other European giants to qualify for the World Cup. Ronaldo will be representing Portugal for the last time in the World Cup and would love to add the trophy to his cabinet. The Selecao have a strong squad and unreal depth in almost every position despite P. Neto and D. Jota being major absentees.

The Black Stars qualified for their 4th World Cup after defeating arch-rivals Nigeria on away goals rule. Ghana’s recent form has been inconsistent as they have only won 4 matches out of the last 10. Ghana’s regular number 1  J. Wallacot and forward E. Gyasi will miss out due to injuries just days before the tournament.

Stadium 974 will host the second Group H fixture on Match Day 1 between Portugal and Ghana. The stadium is the first temporary venue in the history of the Football World Cup. The match will begin at 9:30 PM IST on 24th November and lineups will be available at 8:30 PM IST on MyTeam11 fantasy app.

C. Ronaldo (Portugal): The Portuguese superstar is into his final years as a professional footballer and the 2022 World Cup is probably his last major international tournament. Ronaldo has 9 goal contributions including 7 goals in 17 matches at the World Cup. The entire team would be fired up to give a perfect send off to one of the legends of the game.

T. Partey (Ghana): One of the best defensive midfielders in world football, Partey has the onus to carry the Black Stars into the knockout stages. Partey’s vision, passing, shooting and defensive tackles are all key elements of his game. His battle in the middle of the park against Carvalho would be one to watch out for. 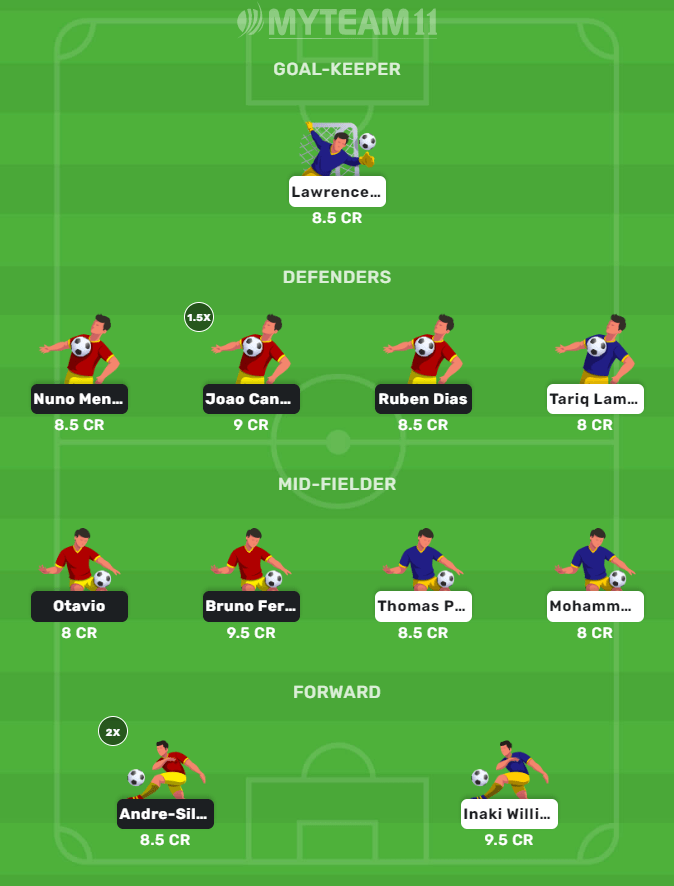 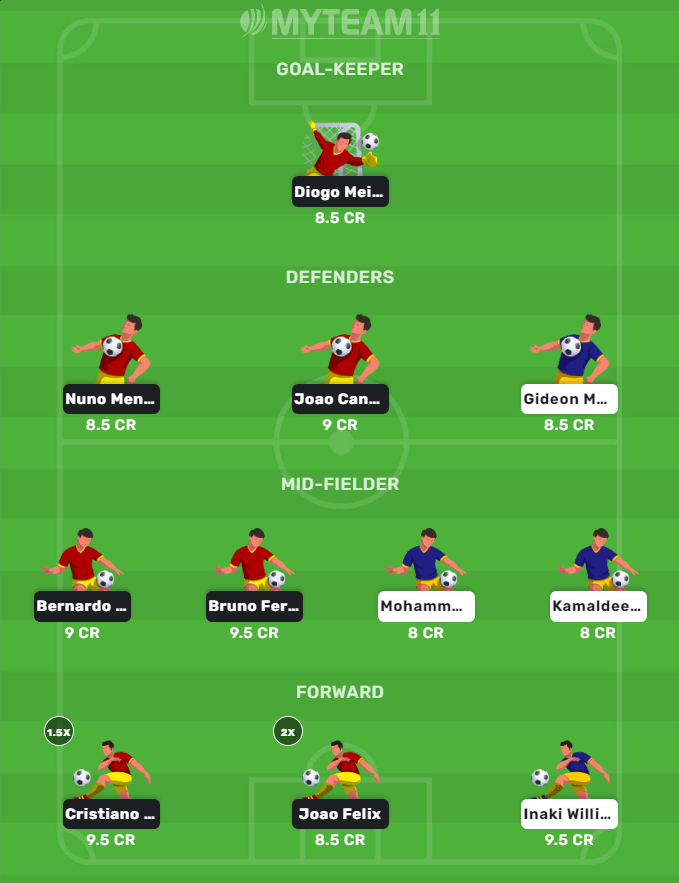 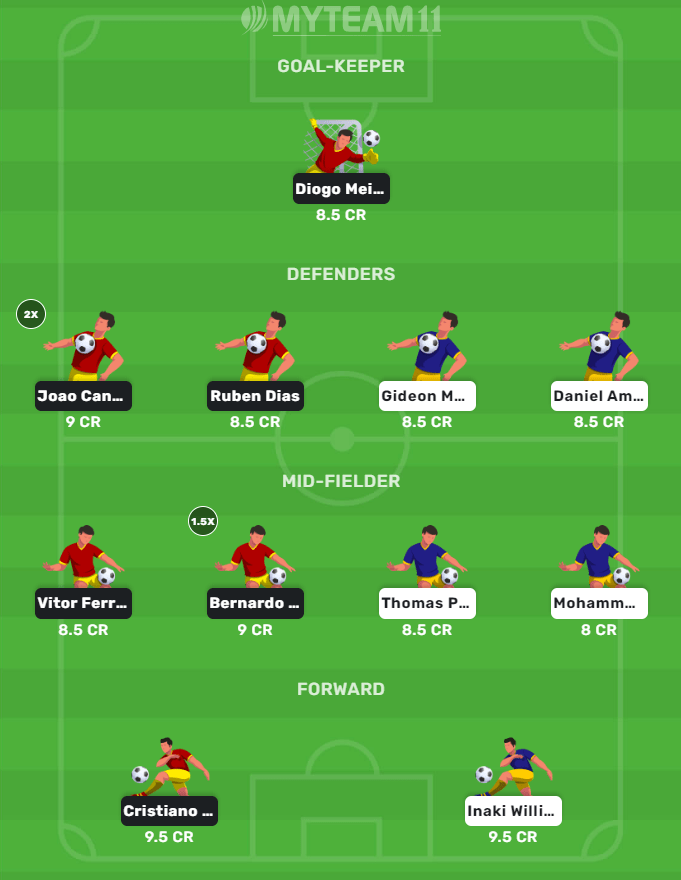