Players who might not play next FIFA World Cup 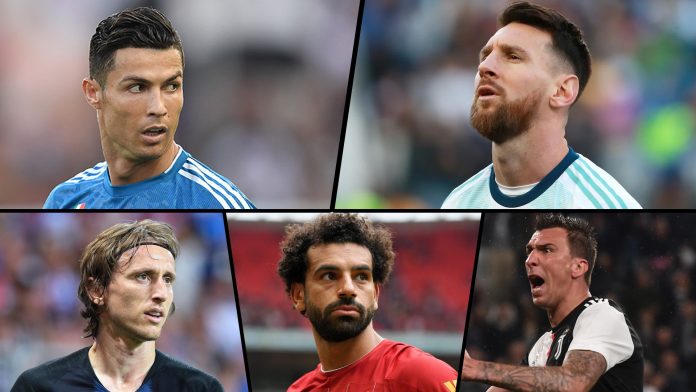 2018 FIFA World Cup ended with France winning the coveted trophy for the second time. The first time they achieved the feat in 1998. Although the 2018 World Cup gained a huge success and witnessed some impressive performances, it might well have marked the end of the sensational FIFA World Cup career of several players. MyTeam11 brings to you the players who might not feature in the 2022 FIFA World Cup

Croatian professional footballer who plays as a midfielder for Spanish Club Real Madrid, Luka Modric might not be seen playing in the 2022 FIFA World Cup. Regarded as the best midfielder of the game, he became the first Croatian player to be included in the FIFA World Cup XI. The golden ball winner of 2018 season, Modric after been awarded the Ballon d'Or for 2018, made it clear that he is happy at Real Madrid and has no plans to leave the club. He further added; hopefully, he can play for two years. According to this, his chances to play in FIFA World Cup are zero

By 2022, the Portuguese football icon will be 37. If we look at this number then, Cristiano Ronaldo’s chances to feature in the 2022 FIFA World Cup is minimal as in-game of football stamina and strength are important factors to decide player’s performance. Talking about his performance in 2018 World Cup, he gave his national team explosive start with a remarkable hat-trick against Spain in the quarter-finals. Still there is no official announcement from his side about upcoming FIFA World Cup.

2018 FIFA World Cup was Lionel Messi’s fourth appearance in the tournament. The tournament ended in disappointment as he was not able to lift the prestigious title that time also and it is looking that Messi’s dream to hold the trophy will remain unfulfilled as Argentina’s legend chances to play in 2022 in Qatar World Cup are very less. Lionel Messi will be 35 by 2022, and after continuous failures in previous editions, the Argentina superstar might shut the curtains for 2022 FIFA World Cup.

Another Croatian professional footballer, Mario Mandzukic who takes the forward position for club Juventus might not feature in the 2022 FIFA World Cup. His World cup 2018 ended in a significant way as the 33-year-old footballer played a massive role for his national side in 2018. He scored the winning goal against England in the semi-finals to advance to finals. However, the team lost in the finals against France, but his contribution in the finals was great. Out of two goals his team scored in 4-2 defeat against France, he scored one of those.

Egyptian Professional footballer, Mohamed Salah who plays for forward for Liverpool, might not play in the 2022 FIFA World Cup. 27-year-old footballer performance in the last World Cup was worse and his team all its group stage games. Still no official statement has been issued by him about the upcoming FIFA World Cup 2022.