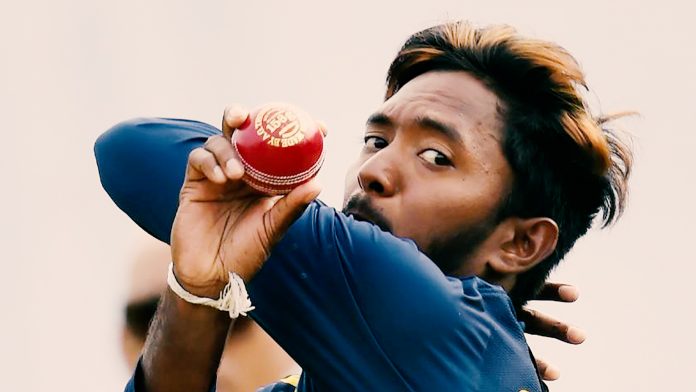 The worldwide governing body of world cricket, International Cricket Council, on Monday announced the suspension of Sri-Lankan off-spinner Akila Dananjaya over his illegal bowling action. It was suspected that the player carried out a bowling action that was considered to be an illicit affair by ICC, during the first test of England’s Tour to Sri Lanka series, which happened last month.

The series was won by the Englishmen with a 3-0 victory against the hosts.  However, amid the series, the speculation of Dananjaya violating ICC’s regulations started making way around the corner. Further, on investigation an independent assessment found that Akila had been following an illegal bowling action, his bowling arm was found to be exceeding the 15-degrees tolerance level of ICC.

Following the investigation, ICC announced the suspension of the off-spinner from both international and domestic cricket.

ICC, in an official statement announcing the suspension of the player stated, “In accordance with Article 11.1 of the ICC Regulations For The Review of Bowlers Reported with Suspect Illegal Bowling Actions, Dananjaya’s international suspension will also be recognized and enforced by all National Cricket Federations for domestic cricket events played in their own jurisdiction.”

“However, according to Article 11.5 of the Regulations and with the consent of the Sri Lanka Cricket, Dananjaya may be able to bowl in domestic cricket events played under the auspices of the SLC,” it added.

The 25-year-old Sri Lankan off-spinner made his debut during February 2018 and is known to have played 5 tests since his debut. The player’s career seems to be on stake due to his actions & to continue his journey as a cricketer he needs to mend his playing actions to get a clean-chit from the ICC officials. Stay tuned to know more about the advancements of the incident & keep receiving latest sports stuff.