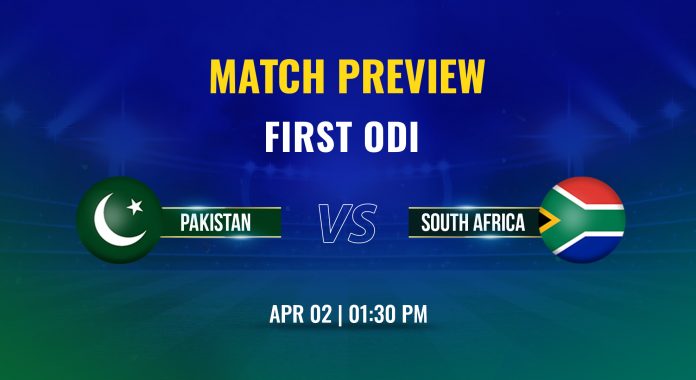 Pakistan and South Africa will lock horns in the opening ODI to resume their CWC Super League campaign. Proteas will also start their journey under the new skipper Bavuma.

After postponing the domestic T20 League, Pakistan will resume their international season and they will play their first away series of the year against South Africa. They hosted South Africa in the home season but didn’t play ODIs there. Proteas will now host Shaheens to kick start their campaign in CWC Super League which will help them to qualify for the 2023 ODI World Cup. South Africa’s first assignment in this league was supposed to start against England in December 2020 but it didn’t happen due to COVID-19. Pakistani players tested negative just before the series. They played against Zimbabwe at home last year and earned 20 Super League points. They lost the last match of the series in Super Over.

Babar Azam will lead Pakistan in his first away series as the skipper. Shadab Khan is also back after injury and there is no major change to the squad. Imad Wasim was dropped from T20s and ODI as well. Fakhar and Imam might open for Pakistan, followed by Babar at number three. Even the management can replace Rizwan with Imam in the opening slot. Former skipper Sarfaraz can get his name in playing XI considering his form and experience. Shadab Khan and Faheem Ashraf are two possible names at down-order. Both would be effective to bowl in middle-overs. Pakistan will likely to go ahead with four pacers Shaheen Shah, Hasnain, Haris Rauf, and Hasan Ali.

Meanwhile, South Africa made few changes in their system after England and Australia’s postponed series. They had less cricket in their home season and finally, they will face Pakistan to end their home summer. South Africa appointed Temba Bavuma the new skipper of the South African side. Aiden Markram and Wiaan Mulder have also made into the ODI squad after almost two years. Faf du Plessis is missing from the squad and he is already in India for Indian T20 League. Quinton de Kock will take part in the ODI series and their main pacers Rabada and Nortje will also be available. All these players will fly to India after the ODI series. Pakistan have strong chances but Proteas will not be an easy side to beat at their home ground.

Centurion’s track is good for batting and it offers good assistance to pacers. The first 10 overs will be important and spinners can control runs in middle-overs. We may expect 270-280 runs on board in the first innings. Chasing would be tricky against the good seam-attack.

Top-scorer in all formats for Pak past COVID-19