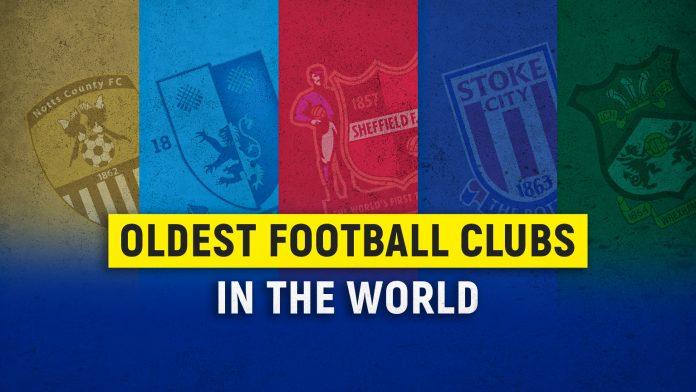 From the earliest chinese version cuju to the modern glitz and blitz of Champions League nights, football has come a long way. With the establishment of association football clubs, the craze and fandom of football has reached new heights. We all know about the great clubs like F.C. Barcelona, Real Madrid C.F. but today let’s have a look at oldest football clubs in the world.

Queen’s Park FC was founded in 1867 and is the oldest association football club in Scotland. The club remained fully amateur for 152 years but in November 2019 the club members voted to end this status. Queen’s Park FC has won the Scottish Cup 10 times and are only behind Celtic FC and Rangers FC in that regard.

However their last cup triumph came way back in 1893. From 1874 to 2012, the club’s home ground was Hampden Park, which is also the home of the national team. Queen’s Park FC currently play in the Scottish Championship, the second tier of Scottish football pyramid.

Nottingham Forest is West Bridgford based association football club founded in 1865. Since 1898, the club’s base has been The City Ground, on the banks of the River Trent. Under manager Brian Clough, Forest became one of the most successful clubs in the late 70s.

The club won consecutive European titles in 1979 and 1980 along with the league title in 1977-78. Forest have finally returned to the top flight of English football after a gap of 23 years.

Brigg Town Football Club was established in 1864 in Brigg, Lincolnshire, England. Initially the club played at Old Manor Convent House but relocated to the Hawthorns in 1959. Club’s best performance in the F.A. Cup came in the 2001-02 season when they qualified for the first round. The club currently competes in the Northern Counties East League Division One.

Wrexham A.F.C. is the oldest Welsh professional association football club founded in 1864. The club plays its home fixtures at 10,500-seater Racecourse Ground. Wrexham have won the Welsh Cup a record number of 23 times. The club currently competes in the National League which is the fifth tier of the English football league system.

Founded under the leadership of Major Francis Marindin in 1863 in Chatham, Kent, Royal Engineers AFC represented the Corps of Royal Engineers of the British Army. They were the first football team to introduce the combination game where teammates passed the ball to each other rather than just kicking and running.

They have been competing in the Army Football Association since 1888. The club won the F.A. Cup in 1875 and were runners-up on three different occasions.

Founded as Stoke Ramblers in Staffordshire in 1863, the club adopted its current name in 1925. They were one of the 12 founding members of the Football League. The club is known as ‘The Potters’ after the famous pottery industry of Stoke-on-Trent.

The club’s playing style is associated with the stereotypical old-school British Football. One of the most famous quotes “Can you do it on a cold rainy night in Stoke?’ was coined after the club. Currently competing in the second tier, The EFL Championship, Stoke City F.C. won the League Cup in the 1971-72 season.

Notts County F.C. is the oldest professional association football club in the world. It was established on 25th November 1862 in Nottingham, England. The club’s popular black and white kit earned them the nickname ‘Magpies’. The club is one the 12 founding members of the Football League, the top flight of English football before the Premier League.

They became FA Cup champions in 1894 which still remains their highest achievement till date. Notts County currently compete in the National League, the fifth tier of English football.

Founded in 1860, Hallam F.C. is the second oldest association football club in the world. The club’s home stadium Sandygate is officially recognized as the ‘The Oldest Football Ground in the World’ by the Guinness Book of Records. Hallam F.C. holds the record for winning the world’s first ever football tournament called the Youdan Cup in 1867,. The Crosspool-based club currently competes in Northern Counties East League Premier Division, the ninth tier of English Football pyramid.

The club has now relocated from South Yorkshire to Dronfield, Derbyshire and competes in the Northern Premier League Division One East. The club’s highest achievement is reaching the 4th round of the FA Cup in 1877-78 and 1879-80.