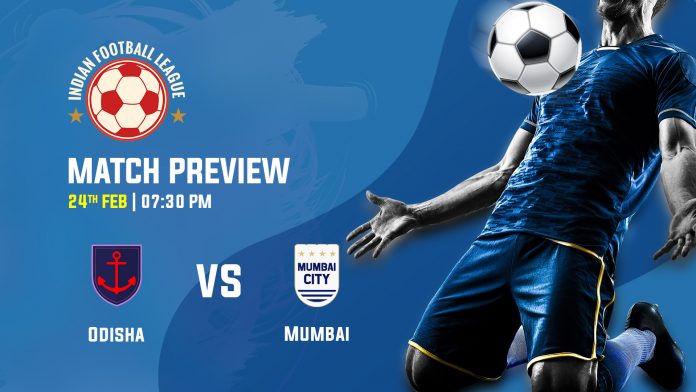 Mumbai will take on Odisha in a must-win game for the shield trophy and AFC Champions League qualification.

The table has been turned against Mumbai after a sudden downfall this month. Out of the last five encounters, Mumbai suffered three defeats and played one draw. They are coming off two straight losses against Bengaluru and Jamshedpur. They conceded a clean-sheet to Red Miners, and after this defeat, they almost lost the shield trophy and AFC Champions League qualification. Both sides canceled out each other in the first half, and it ended with no goal. In the second half, Sergio Lobero’s men struggled a bit. In the 72nd minute, Thangjam scored a goal to take the lead, and in injury-time, David Grande doubled the lead.

Mumbai have to pull off something big in the next two matches if they want to see themselves in AFC Champions League. Mariners held Hyderabad for a draw after an injury-time goal, and with getting one point from the match, the Kolkata giants have given a tough task to Mumbai. After playing to Odisha, Mumbai will play Mariners on February 28. Mumbai have to win both games, but it won’t be enough. Lobero’s men have to maintain a goal-difference of six in these two matches, which look tough here. They can make things easier with this game by beating Odisha with bigger margins like 4-0 or 5-0.

Meanwhile, Odisha have nothing to gain and nothing to lose. Kalinga Warriors are going to finish at the bottom, and this is the worst season for them. After the departure of Santana, the team has struggled throughout the season. In the last outing, Goa edged past Odisha 3-1. The hosts were clinically good in the first half and took a 2-0 lead in the first thirty minutes. They tested Arshdeep Singh in just the 4th minute, and the pressure build around Odisha. Alberto Noguera scored the opening goal in the 18th minute through a good cross from center-back Ivan Gonzalez. Jorge Ortiz doubled the lead when he chipped the ball over Arshdeep in the 26th minute. Before the cooling break, Odisha got a goal through Diego Mauricio. Goa were even awarded a penalty when Rakesh touched Angulo outside the box, but the referee overturned the penalty with a free-kick. Goa netted for the third time with the 75th minute strike. Kalinga Warriors are eight points behind Kerala. They conceded 33 goals, the second-most by any team this season, and in scoring, they are equal with Jamshedpur and ahead of Bengal and Chennai. Odisha have netted 18 goals this season, and Diego Mauricio scored ten out of those.