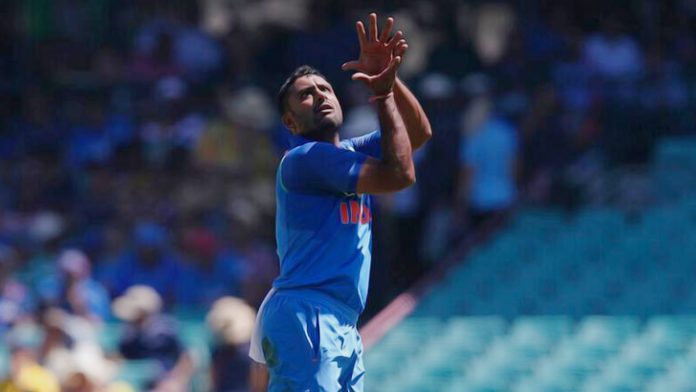 Ambati Rayudu, the middle-order batsman who was often seen bowling and keeping the wickets for team India, will no longer be allowed to bowl in International Cricket. The announcement made by ICC came after the player’s bowling action was found to be illegal.

The 33-year-old player was suspected of illicit bowling actions during the first ODI of the three-game ODI series between Australia and India held Down Under. The Men in Blue went on to win the series by 2-1 registering their maiden series win against the Aussies in Australia. However, the game which ended with India’s victory led Rayudu to some serious troubles.

As per a recent statement given by ICC, "The player elected not to submit to a test of his bowling action within the stipulated period of 14 days of being reported for a suspect action, and therefore he has been suspended with immediate effect in accordance with clause 4.2 of the ICC regulations."

"The suspension will remain in place until he is tested, and can demonstrate he is able to bowl with legal action," ICC’s statement further stated.

The player was called in by Virat Kohli to as a replacement of Mohammad Shami who was forced to walk off the field due to niggle but later on came back to complete his allotted 10 over quota. Rayudu, on the other hand, bowled only for 2 overs in the game.

Ambati, who has been barred by ICC from bowling in International games, is free to take part & bowl in domestic cricket in accordance to the Article 11.5 of the ICC regulations and with the consent of the BCCI.

As for the player’s bowling records are considered, he has been taken in the team only 9 times for 50 over games and not a single time for T20 games. The player has taken only 3 wickets in his 49-ODI match career.

If you want to stay updated with the recent sports stuff, then keep watching MyTeam11.

Share
Facebook
Twitter
Previous articlePujara stays on the crease after edging to wicket-keeper; Fans lashes out calling him a “Cheat”
Next articleCricketizing PUBG: If Known Players from Cricket Battle Ground were from PUBG