Neymar makes PSG pledge: I want to stay, and I hope Mbappe does too! 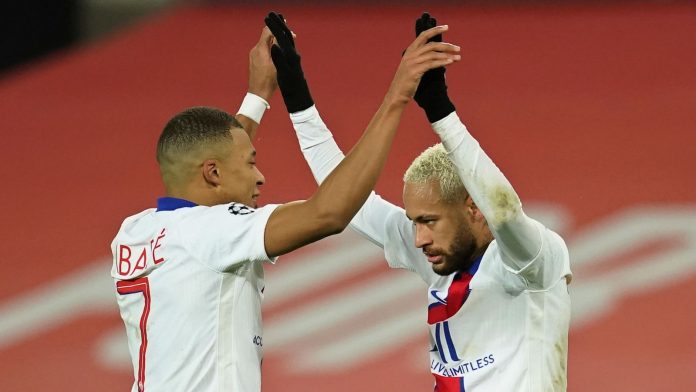 Neymar has given the firmest indication yet that he will sign a new Paris Saint-Germain contract and urged Kylian Mbappe to make the same commitment.

Brazilian superstar Neymar joined after being bought out of his Barcelona contract for 222million Euros in 2017, making it the most expensive transfer in football history.

He has been repeatedly linked with a return to Spain, either at Barcelona or Real Madrid, but the prospects of such a move now appear remote as those clubs battle with the economic impact of the COVID-19 crisis.

Neymar and Mbappe, a player who has also been linked with both LaLiga giants, are contracted to PSG until the end of the 2021-22 season.

The Brazil forward has been unsettled in the past in Paris but now sees his future in the French capital, as he told TF1's Sept a Huit programme: "Yes, I'm very happy today.

"I feel happy. That's changed a lot. I couldn't say exactly why.

"I don't know if it's me or other things that have changed, but today I feel good. I've adapted, I feel more calm and I'm very happy here.

"I want to stay at PSG and I hope Kylian stays too. Of course, that's the wish of all the fans of Paris.

"We want PSG to be a great team. I want to continue what I've always done in Paris, play football and be happy."

His comments came in an interview conducted ahead of Sunday's shock 3-2 defeat to Lorient, in which Neymar scored two penalties.

That outcome gave new PSG head coach Mauricio Pochettino a first defeat, and he will want his side to get back on track against Nimes on Wednesday before facing great rivals Marseille on Sunday.

If Neymar and Mbappe stay, and if rumours of a move for Lionel Messi come to fruition, then the Ligue 1 giants will have the most feared forward line in world football next season.

Since arriving at PSG in August 2017, Neymar has scored 53 goals and provided 29 assists in Ligue 1, while Mbappe has hit 78 league goals and registered 26 assists.

According to Neymar, his and Mbappe's connection could hardly be any closer.

"We have a relationship of brothers. Me, I'm the eldest. We really like playing together," said Neymar.

"I call him 'Golden Boy' because he's really golden. He has a huge heart. As a footballer, everyone knows what he's worth, but even off the pitch he's incredible."