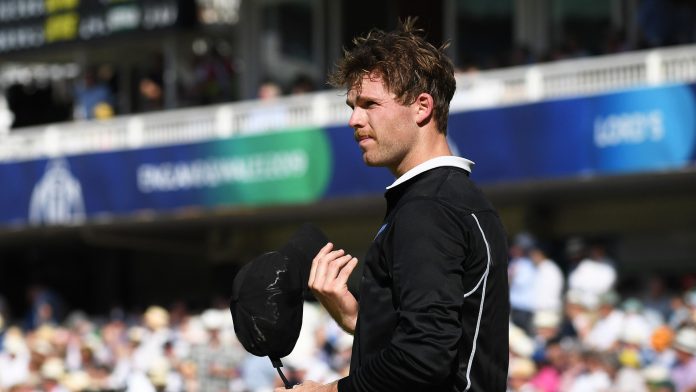 New Zealand pacer, Lockie Ferguson, ruled out of the New Zealand Tour of Sri Lanka T20 series, following a thumb injury. The reports are that Lockie fractured his right thumb during the practice session, one day prior to the first T20 game in Pallekele on Sunday.

The New Zealand team is expected not to announce any replacement for the pacer, as they are confident enough about the capabilities of people already announced in the squad.

"We won't name a replacement at this stage as we're confident we have adequate cover within the T20 squad who are here," said the New Zealand head coach, Gary Stead.

In a press release by the New Zealand Cricket, it is mentioned that the x-rays revealed the injury to be a small fracture in the middle joint of Lockie’s right thumb, and thus, the player is not fit for bowling.

"It's a shame for Lockie to have to miss this series, especially coming off the back of such an impressive World Cup campaign in England. The thumb has been put in a splint and is expected to take four to six weeks to recover; so we're optimistic he'll be available for the five-game T20 series against England, which starts on November 1," Gary Stead further quoted.

Ferguson has had a wonderful world cup campaign where he was adjudged as the second-highest wicket-taker, after scalping 21 wickets in nine games that his side has played that too at an average of 19.47.

The New Zealand side is yet to play 2 T20Is against Sri Lanka on September 3 and September 6 respectively. The team looks confident with Tim Southee, Seth Rance and Scott Kuggeleijn in the squad. However, we feel like Ferguson’s absence might hurt the team’s play.