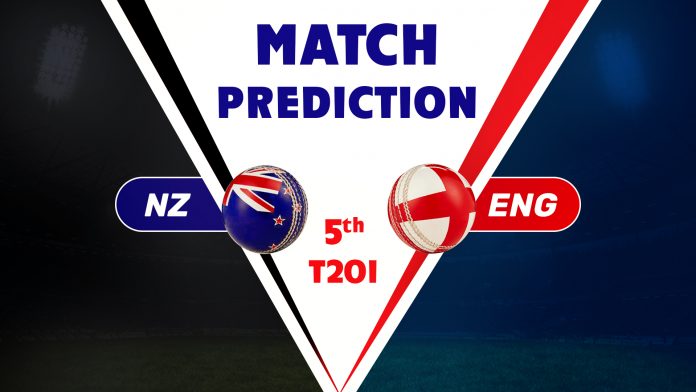 Dawid Malan smashed his maiden T20I ton to set up a series-levelling win in the 4th T20I between England and New Zealand in Napier. Malan reached the milestone in just 48 deliveries, becoming the fastest centurion in England’s T20I history. The England skipper Eoin Morgan also surpassed his previous best and notched 91 from 41 balls. Malan and Morgan took New Zealand’s bowlers to the cleaners as they laid the platform for England's highest T20I total.

New Zealand, requiring their highest total batting second to win, started well in reply as they reached 50 in 6 overs, but their middle order failed to reach the required target as England won by 76 runs.

The series is now well poised at 2-2 with only one game in Auckland on Sunday, to come.

The last T20I between England and New Zealand is expected to be another high scoring encounter as the boundaries are short at the Eden Park and ball coms nicely onto the bat. Toss will be crucial as both teams will be looking to chase.

Rain can play spoilsport in the decider match as the weather forecast predicts a 59% chance of precipitation. While there isn’t any rain on the forecast during the afternoon, the showers seemingly pick up in the latter half.

Both teams have faced each other sixteen times. England has won ten times while New Zealand managed to win 5.