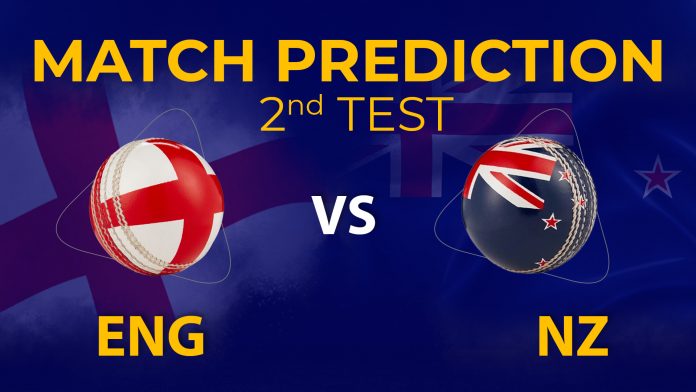 After a crushing defeat in the first Test against New Zealand at Mount Maunganui, England is all set to face the hosts in the second Test starting from 29th November at Seddon Park in Hamilton at 3.30 AM IST. New Zealand made a stunning comeback in the First Test as they walloped England by an innings and 65 runs. BJ Watling and Mitchell Santner were the stars with the bat while Wagner was crucial with the ball. The hosts take a 1-0 lead into the second Test of the two-match series, but they will miss the services of Trent Boult and Colin de Grandhomme, who got injured on the final day of the first Test. Matt Henry and Daryl Mitchell are set to replace both the players for the second match.

Captain Root will be under tremendous pressure as England's innings defeat in the first Test against New Zealand was Joe Root's 14th in 34 Tests. His form with the bat is also a worrying sign for the England management as the batsman managed to score just 13 runs across two innings. With the series on the line, Root will be looking to turn it around in the second Test.

The match is scheduled to be played at the Seddon Park in Hamilton. The wicket is green, but it is expected to play well. Batting might be difficult in the first hour of play but is expected to ease out in the second session.

Morning showers are expected on Day 1 and Day 4 of the second Test. The temperature will be between 22 to 24-degree celsius.

Share
Facebook
Twitter
Previous articleChris Gayle Not to Accompany West Indies for ODIs; Opts to Take a Break from Cricket
Next articleDhoni’s performance in IPL will determine his comeback for T20 World Cup: Ravi Shastri