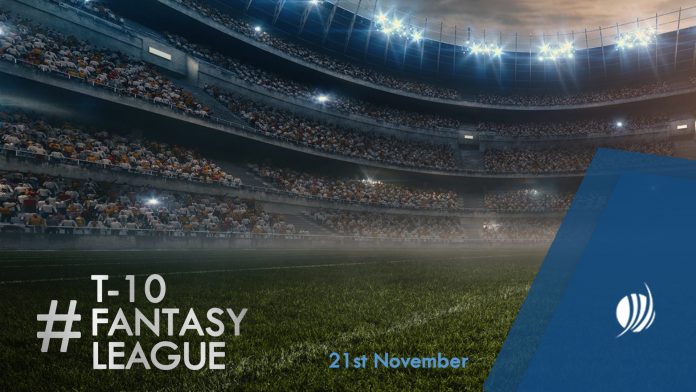 Every now and then something new is introduced in the world of cricket to retain the same passion and love for the game. Cricket which is portrayed more of a religion than just a mere game is considered to be the heartbeat of sports. The launch of the T20 world and then the Indian Premier League was a great contribution to the game and to make the game more exciting a new format of the game was launched last year.

T10 Sports management introduced the world to the shortest format of the game by launching T10 Cricket League back in the year 2017. The T10 cricket league is a professional format of the game wherein both the playing sides are given 10 overs to play. The game turned out to be a roller-coaster event for the viewers and a chance of honing skills for the short-format legends. The first season of the league turned out to be a huge success with Kerala Kings becoming the inaugural champions of the game.

Now, this is the time of the year when the shortest format of the game is all set to take the world by storm. The second edition of the league is set to begin from 21st November and will be played till 2nd December 2018 at Sharjah Cricket Stadium.

If you are a regular player at MyTeam11, then you must be well aware of the need and importance of fantasy point system. But, if you are new here then let us take the opportunity to familiarize you with the point system and their roles in making you a potential winner. The first step towards being a winner is participating. After all, how would you win if you won’t contest? To participate, you need to select a total of 11 players from both the teams playing, using your skills & knowledge of the game. Once done creating your team with your own set of players you will be rewarded with points on the basis of the performance of your selected players & your score will decide your victory. The more you score, the more you win.

All 11 of your selected players included in the playing 11 of the live match? Bingo! You get rewarded with 2 points for each of chosen player to be selected in the playing 11. For every single, four & six you are rewarded with 1, 1 & 2 points, respectively. Well, this is not the end, the bowlers too are eligible for this benefit. Take a dig at the detailed point system of the T10 Cricket league at http://bit.ly/T10PointSystem

Make your first move towards being a champion with the MyTeam11 app. Download the app from http://bit.ly/AppMT11

Share
Facebook
Twitter
Previous articleJourney of Rags to Riches: The Past Professions of 7 Cricket Legends
Next articleIPL 2019: Australian Players to miss a part of the upcoming edition