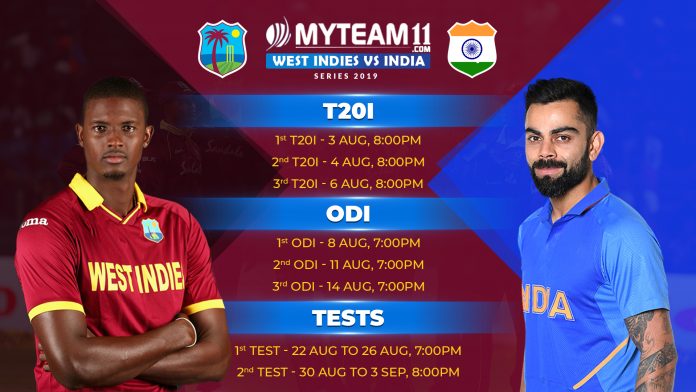 Virat Kohli led side is scheduled to play 3 T20Is, 3 ODIs followed by 2 Tests in West Indies. The tour will kickstart next week, i.e., from August 3, 2019. Most importantly, the two Test matches will mark the commencement of the ICC World Test Championship for both the teams.

It will be an exciting series as both the teams have some outstanding players in their squad.

West Indies: To be announced soon

Indian audiences can view the India tour of West Indies on SONY SIX, SONY TEN 1 and SONY TEN 3 channels. Matches can also be streamed live in the Indian subcontinent on the digital platform SonyLiv (Website, App).