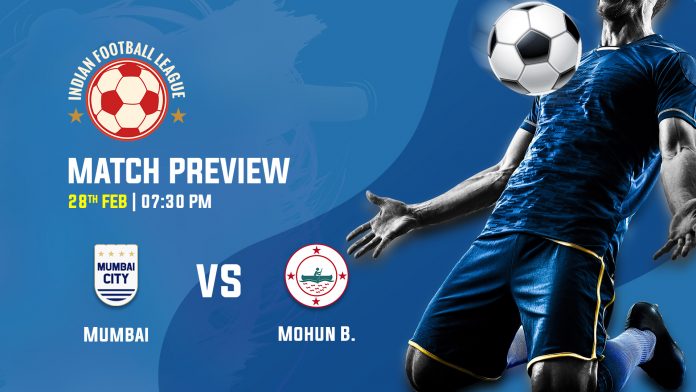 Indian Football League 2020-21’s league-stage will end on February 28 with an ultimate clash between the tournament’s two strong sides, Mumbai and Mariners. It will be a battle for the shield trophy and the AFC Champions League. Habas’ men almost took the glory of Shield Trophy but Mumbai opened the game with a 6-1 victory and they don’t need to rely on goal-difference. Mariners are in a strong position as they just need to play a draw to earn the AFC Champions League qualification. Mumbai came harder against Odisha and they required to overcome a goal-difference of six and they did it with another 6-1 victory. Mumbai had defeated Kerala with the same margin so it was the joint-biggest victory in Indian Football League for Mumbai.

Islanders didn’t look back after conceding the early goal. Kalinga Warriors were awarded a penalty in the early first half, and Mauricio scored a goal. Ogbeche equalised four minutes later, and Bipin Singh scored in the 38th minute to take the lead for Mumbai. After taking a 2-1 lead, Mumbai dominated the whole game and allowed its forward line to attack more. Ogbeche completed a brace with the 43rd-minute strike. Goddard netted a goal just before the first-half break to make it 4-1. Bipin Singh scored the 5th goal in the second minute of the second half, and in the 86th minute, he completed his hattrick to secure a much-needed 6-1 victory.

Mumbai now needs to defeat the Mariners to take the top spot. Both teams are equal on goal difference and if Mumbai wins, they will take the trophy with a better goal-difference. A draw will close their chances for the AFC Champions League qualification.

Meanwhile, Habas’ men are coming off a hard-fought draw against Hyderabad and Nizams stopped Kolkata giants to seal the top spot. After losing to Northeast, Mariners earned four consecutive victories and earned 13 points from five matches. At one stage, Mumbai were looking to take the shield trophy with ease but the downfall of Lobero’s side assured Habas’s men to take the top spot back. In last outing, Hyderabad tested their defense. Hyderabad were down to ten-man but still, they fought hard and opened the scoring in the 8th minute through Santana’s strike. After losing the first half, Mariners needed an equaliser and Manvir Singh did this job. Nizams didn’t wait much and regained their lead in the 75th minute. Akash Mishra took a long throw, and Santana’s header fell to Ronald Alberg, who smashed the ball in the bottom corner. The match was slipping from the Mariners’ hand but Pritam Kotal pulled off a comeback with the injury-time goal.

The equation is pretty simple and the least they can do is, stopping Mumbai to score and hold them for a draw. The defeat will close the door for the AFC Champions League qualification. When the last time both sides met this season, Islanders had the last laugh with Ogbeche’s second-half strike.