MS Dhoni Sets Eyes On IPL 2020; Yet To Decide His Future In International Cricket? 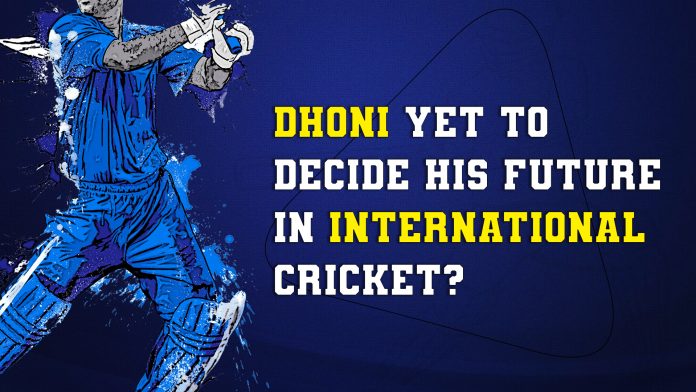 Dhoni’s retirement has been a subject of intense speculation since the former Indian captain has been on an extended sabbatical. Dhoni has not appeared in a competitive game since the World Cup semi-final in July and he also opted out of the West Indies tour as he embarked on a 15-day-long training program with the Indian army. His absence from the team sheet raised the eyebrows of his fans. Recently, when Dhoni was seen training with Jharkhand’s under-23 team in Ranchi, it also triggered some speculations in the minds of his fans about his comeback.

If sources are to be believed, Dhoni is expected to make a smashing return because he is currently focusing on the upcoming 2020 IPL season. In fact, he has started practicing for the same. It indicates that immediate retirement is not in his scheme of things as of now.

According to the sources, Dhoni is engaged in IPL preparation at the moment and later, he intends to help in rebuilding the CSK (Chennai Super Kings) team after the 2020 IPL edition.

Dhoni to take call on his future after IPL

The beloved former captain of Team India is yet to take the final call on his future in international cricket. A source close to Dhoni quoted, “If at all MS will take a call on his future, it will only be after the IPL. You can’t stop speculation as he is such a big player. He is in the best shape possible fitness-wise and has been training hard for the last month.”

The source added, “It all depends on when he starts playing and how he is playing during the IPL. However, the number of competitive games he will play before the IPL will be decided in due course.”

Taking selectors’ opinion into account, the chairman of selection panel MSK Prasad had already mentioned that the panel is “moving on” from Dhoni and looking forward to the budding young players. In other words, the selectors are focusing on the next lineage of Indian wicket-keepers.