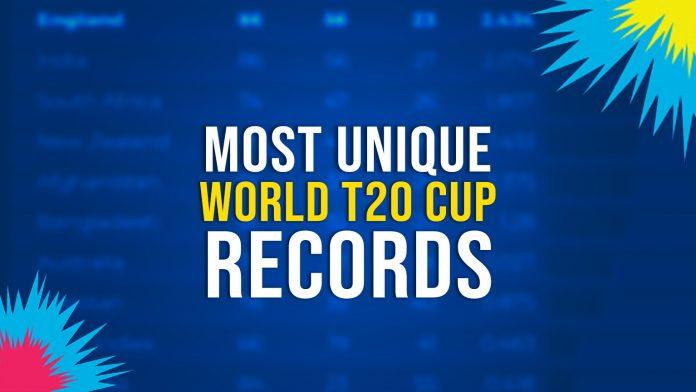 The word ‘record’ means a lot in the world of sports. It means that a certain player/set of players have set a benchmark in that particular sport, which is not easy to replicate. Similarly, various records have been made in the world of Cricket, especially in the World T20 Cup. So, let’s take a look at the ‘Most Unique World T20 Cup Records’.

Now, what do we mean by ‘unique records’? We’ll list those records that are often overlooked or are unique in themselves.

A partnership between two batters is crucial in reaching a big total, especially in a T20 contest. These partnerships are a key factor in winning a match when the stakes are high. There have been various legendary partnerships in the history of the World T20 Cup.

However, nothing gets close to the partnership between M. Jayawardene and K. Sangakkara in a match against West Indies at the World T20 Cup in 2010. The two batters batted brilliantly and made a partnership of 166 runs off just 99 balls for the second wicket.

Since then, no other teams have surpassed the duo of Jayawardene and Sangakkara. Recently, M. Rizwan and B. Azam got close to breaking the record, when they hit 152* runs against India in World T20 Cup in 2021.

Here’s a list of the top 5 partnerships in the history of the World T20 Cup:

Most runs through boundaries in an innings

Gayle has a unique record to his name. ‘The Universe Boss’ scored the most runs through boundaries in an innings. Gayle created this record during the inaugural World T20 Cup in 2007.

In a match against South Africa in Johannesburg, the left-hander scored 117 runs off 57 balls. However, in that match, he did little to no running between the wickets. During his innings, Gayle hit 7 fours and 10 sixes in total, which means that he scored 88 runs of his 117 runs.

The entire nation flipped when former Indian cricketer, Y. Singh hit six 6s in an over. Doing so, Y. Singh is still the only player who has achieved this feat in the history of the World T20 Cup.

The left-handed batsman made two records that night against England in 2007. Apart from hitting S. Broad for 36 runs in an over, Singh became the player to smash the fastest fifty in an international match in just 12 balls. Eventually, he scored 58 runs off just 16 balls at a strike rate of 362.50.

In the end, India won the match by 18 runs against England and progressed ahead in the tournament.

The highest match aggregate in a World T20 Cup

The highest match aggregate in a match is 459 runs in 39.4 overs between England and South Africa in the 2016 edition of the World T20 Cup.

In the first innings, the Proteas batted first and hit a massive total of 229 runs in 20 overs. During the innings, H. Amla, de Kock and J. Duminy hit their half-centuries. Additionally, de Villiers and Miller helped with their batting performances.

Even though England had a shaky start, it was the batting prowess of J. Roy and J. Root that helped the team chase down the target in 19.4 overs at a loss of 8 wickets.

Perhaps the most unique record in the history of the World T20 Cup is the first ever ‘bowl-out’ between India and Pakistan in 2007. This is the only time that the ‘bowl-out’ method was used to settle the tie between the two teams. 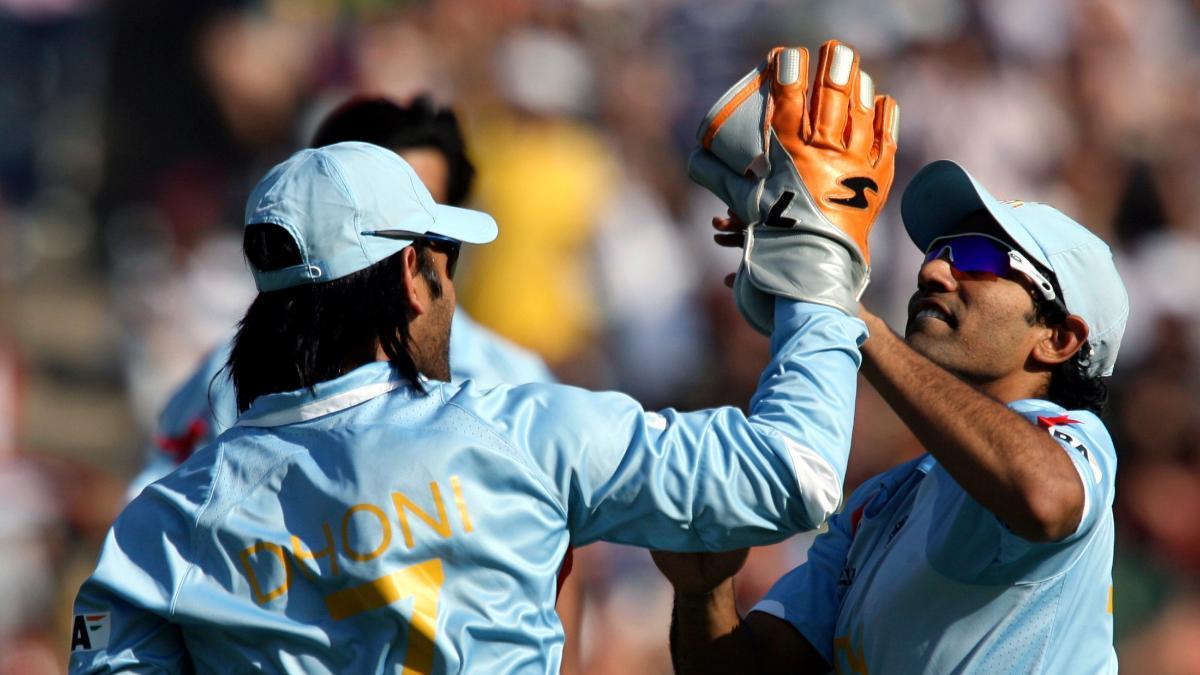 This was the first time when the two teams faced each other in World T20 Cup and the outcome was legendary as well. Both the teams exhausted 20 overs and the scores were tied at 141 runs. However, instead of using ‘Super-Over’ to decide the winner, the officials turned to ‘bowl-out’.

India won the bowl-out by 3-0 and India won their first of many matches in T20Is against their arch-rivals.

These are some of the most unique World T20 Cup records in the history of the tournament. Make sure you enjoy the World T20 Cup by creating your ‘unique’ teams on MyTeam11 and get a chance to grab big winnings! Keep playing, keep winning!