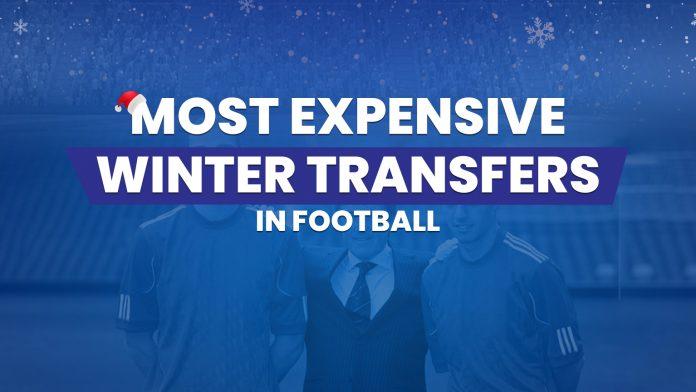 Every year, the January transfer window brings with it a flurry of activity as football clubs look to strengthen their squads for the second half of the season. Some of the biggest and most expensive transfers of the winter window have involved some of the biggest names in the sport. Here are the top five most expensive football transfers in the January transfer window:

In January 2019, Chelsea made a big statement by signing American winger Pulisic on a five-and-a-half-year contract from Borussia Dortmund for $67.5 million. The 23-year-old is the most expensive transfer in American soccer history to date. Pulisic’s move to Chelsea is a significant moment not only for the player himself but also for American soccer as a whole.

Pulisic has since become a key player for the Blues, scoring important goals and providing creative spark from the flanks. He was an integral part of Thomas Tuchel’s squad and helped Chelsea to lift the Champions League in 2021 for the 2nd time in club history.

Laporte has since established himself as a key player for City, helping them lift 9 major domestic honours including 4 Premier League titles. With regular injuries and the addition of defenders Dias, Akanji and Ake, Laporte now finds himself on the fringes of the Cityzen squad and might move on to greener pastures in the 2023 Summer transfer window.

In January 2022, Juventus and Arsenal went head-to-head to sign the dynamic Serbian forward from Fiorentina. However, the Turin club splashed out a whopping $86 million to sign young Vlahovic. Vlahovic had been in excellent form for Fiorentina, scoring 44 goals in 98 appearances and becoming one of the most promising young attackers in Europe.

However, the Serbian striker has shown inconsistent form for Juventus and is already looking for another move. Juventus would be looking to recoup the transfer fees they paid to secure his services if any club arrived with a suitable offer for the forward in future transfer windows.

In January 2018, Liverpool signed van Dijk from Southampton for a fee of $89 million. The Dutch centre-back became the most expensive defender in the world at the time. The transfer sent shockwaves through the football world, as Liverpool was accused of tapping up the transfer.

Van Dijk had been a standout player for Southampton and many fans were disappointed to see him leave. However, the move has proven to be a wise one for both Van Dijk and Liverpool. The Dutch defender has since become one of the best centre-backs in the world, helping Liverpool win the Champions League and the Premier League.

In January 2018, Liverpool agreed to sell Brazilian attacking midfielder Philippe Coutinho to Barcelona for a record transfer fee of $142 million. It was a huge blow for Liverpool, as Coutinho had become a key player for the club. However, Barcelona was desperate to add the world-class attacking midfielder to their ranks and was willing to pay a premium to get their man.

Coutinho had mixed success at Barcelona, winning numerous trophies but struggled to consistently produce his best form. The Brazilian has moved back to the Premier League and now plies his trade with Aston Villa.

These are some of the most expensive football transfers in the January transfer window, involving some of the biggest names in the sport. As the January transfer window is now open once again, look out for the big signings made by your favourite club. If you are a fan of fantasy sports, play fantasy football on MyTeam11 and stand a chance to win amazing cash prizes. Also, don’t forget to take advantage of the Refer & Earn offer on the MyTeam11 app if you want to win iPhone 14, iPad, Laptop and many more prizes.