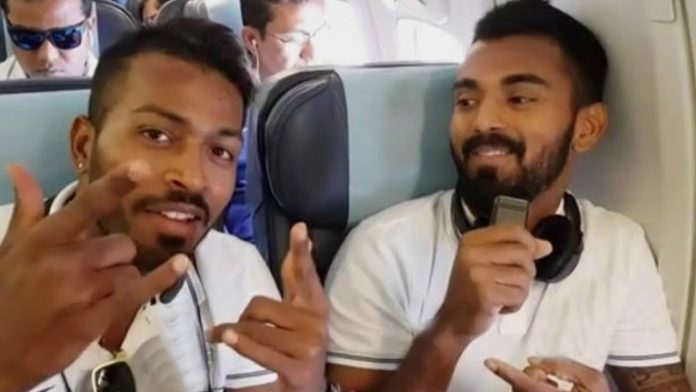 KL Rahul & Hardik Pandya were the hot topic of debate among people after they made an appearance on the famous chat show Koffee with Karan. Some remarks and comments by the players were considered to be inappropriate by the fans & led to a huge controversy following which the players were suspended by BCCI.

The duo made an appearance on the show earlier this month and was seen passing some racist & sexist comments. A video clip from the show which went viral created a huge controversy after which the players were asked to sit out for India vs Australia ODI series Down Under.

Well, it looks the miseries are coming to an end for the players, as BCCI on Thursday announced lifting up the suspension imposed on the player. The Committee of Administrators (CoA) of BCCI allegedly asked the Supreme Court to investigate and resolve the matter through an ombudsman, leading to the lifting of the suspension.

Certain norms define that matters involving misconduct by players can be investigated and resolved with an ombudsman by the board. With the ombudsman being pending, CoA suggested lifting suspension to be apt.

The incident gathered a lot of attention from both media and fans, enforcing BCCI to take a various decision. Both the players took to social media platforms and media for hurting the sentiments of people with their remarks. On the other hand, BCCI discussed the possibilities of introducing behavioral counseling for players.

The host of the show, Karan Johar was mum on the incident from a long time, but recently he chose to speak about the occurring. The producer-director apologized as the comments were made on his show.

With the lifting of the suspension, the players will be resuming their game with respective teams. On the one hand, where Hardik Pandya will be joining India in New Zealand for the on-going ODI series against the Kiwis, KL Rahul will be heading to Trivandrum to join India-A.

If you crave for receiving the latest sports stuff, then stay tuned to MyTeam11, as we strive to cover all the tidbits of the sports world.

Share
Facebook
Twitter
Previous articleHappy Birthday Pujara: Can’t get enough of the wishes Pouring for the Legend
Next articlePujara stays on the crease after edging to wicket-keeper; Fans lashes out calling him a “Cheat”