“Mithali Threatened to Retire,” Coach Ramesh Powar Tells His Side of Story 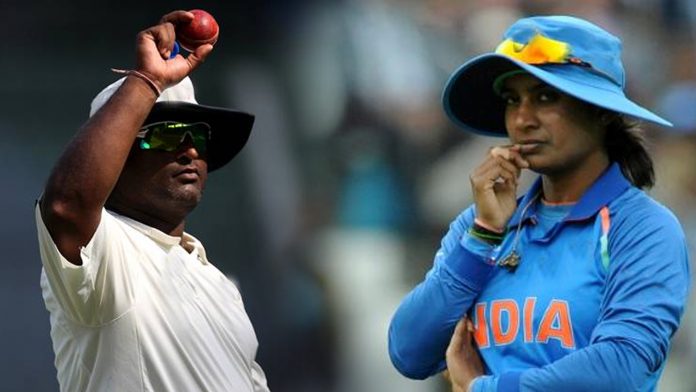 Mithali Raj being dropped from the playing XI of India Women’s team during the semi-final game of Women’s World T20 2018 became a hot topic of debate among people. Recently, the topic caught more fire with Mithali Raj reaching the media to speak about her exclusion from the team. Mithali wrote a letter to the BCCI CEO Rahul Johari alleging that CoA member Diana Edulji and Coach Ramesh Powar being biased and axing her out of the game to destroy her.

However, the incident took a new turn when Coach Ramesh Powar, on Wednesday, decided to share his part of the story. After being accused of partiality & destroying Mithali’s career by the 35-year-old player, Ramesh met the CEO of BCCI, Rahul Johari & BCCI GM (Cricket Operations) Saba Kaim on Wednesday.

In the meeting, 40-year-old Powar accepted the fact that he didn’t share a great personal relationship with Raj, as the player was very difficult to handle, throwing constant tantrums and showcasing a cold behavior. However, he further stated that not choosing Mithali as a part of the playing squad was nothing personal and was entirely a professional decision, based on cricket logics, for the betterment of the game. Powar also, stated that pushing down Mithali in the playing order was also taken after due consultation of the player.

"Before Pakistan match, video analyst Pushkar Sawant came to my room and said that fielding coach Biju George has conveyed to him that Mithali is upset with the batting order and packed her bags with the announcement of retirement in the morning," Ramesh mentioned in a report submitted to BCCI.

Further, Powar was quoted as saying, "She couldn't understand her role and adapt to the team plan and played for her personal milestones.”

Powar also alleged that Mithali’s tantrums played as a distraction for the entire team. He said, "Her irresponsible behavior took my time away as I was supposed to speak with few players regarding preparations of all important semifinal match, which could not happen."

"It's not always about individual milestones, it's always about team strategies and executions (team first)."

The CoA member Diana Edulji is still mum on the allegations and couldn’t be reached for a reaction. We wait for Mithali Raj to come up with an explanation regarding the accusation made against her. The incident is believed to play a turning point in the lives of the people involved. Catch up more crisp happenings in the sports world with our blog.