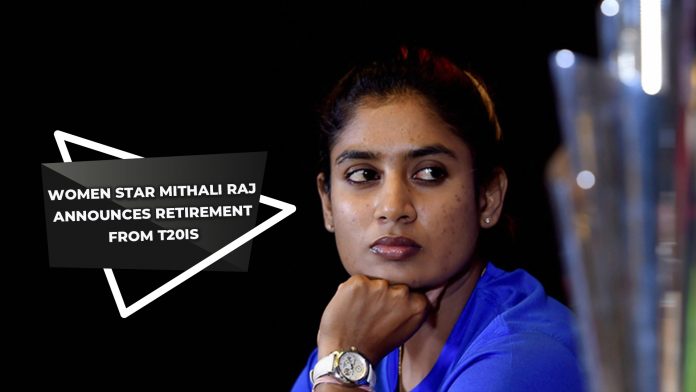 “After representing India in T20 internationals since 2006, I wish to retire from T20Is to focus my energies on readying myself for the 2021 One Day World Cup. It remains my dream to win a World Cup for my country, and I want to give it my best. I thank the BCCI for their continuous support and wish the Indian T20 team good luck as they prepare for the home series against South Africa Women,” said Mithali Raj.

Mithali has had a long-lived cricket career, wherein she played a total 89 match T20Is, scoring 2,364 runs. Mithali led India in the first-ever Women’s T20I that was played in Derby back in the year 2006 where the Women in Blue registered a sumptuous victory against the England Women cricket team.

Raj, who is known as the Tendulkar of Indian Women’s Cricket, has been awarded with the Padma Shri and Arjuna Awards. She has also been recognized with Vogue Sportsperson of the Year and Youth Sports Icon of Excellence Award.