Milestone Alert: Jaspreet Bumrah gets another feather added to his cap, claims a six-wicket haul 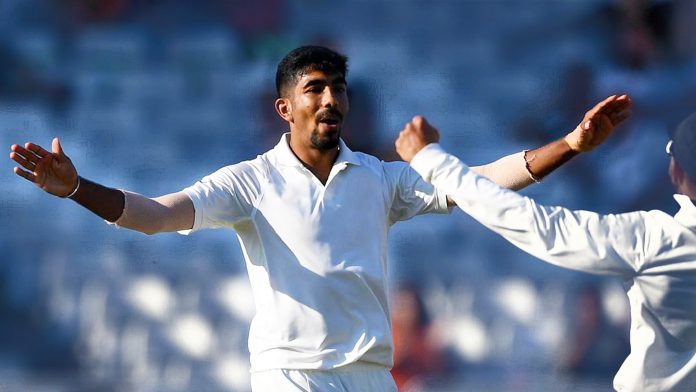 The third test of India’s Tour to Australia turned out to be a great chance for the Men in Blue to make a comeback in the game. Following an awful defeat at the Perth pitch amid the second test of the series, it looked that the series is slowing moving into the hands of the Aussies, but Team India’s performance cleared all the speculations.

The Boxing Day Test began on Wednesday with team India choosing to bat first and registering a total of 443 runs at a loss of 7 wickets before declaring the innings on Thursday. The Baggy Greens picked their bats to play their innings. Well, the Indian players registered a lot of new titles under their names during the gameplay.

The game turned out to be a tale of historic events and new titles registered under the name of Indian players. The most important title being, Cheteshwar Pujara’s 17th Test ton which surpassed the record of veteran player Sourav Ganguly. The other important event was Virat Kohli breaking legend Rahul Dravid’s record of Most Test Runs in a Calendar Year. And, now Jasprit Bumrah has made it to the list of Star Players who created a magnificent record during India’s Tour to Down Under.

Jasprit Bumrah became the first Asian to claim a six-wicket haul at the Down Under, helping India bundle out the Aussies for a total score of 151 runs to clinch a lead of 292 runs. The wicket fall show started for Bumrah when he dismissed Australian opener, Marcus Harris. Followed by the wicket of Shaun Marsh which became the highlight amidst the Twitterites.

Bumrah was seen bowling 5 balls at a speed of more than 140kmph, but all his to bluff Marsh went in vain. However, a slow yorker delivered at a speed of 111kmph did the trick, and Shaun was seen packing bags to go back to the pavilion.

We expect to see a lot of new records being registered and India winning the 3rd Test of the series. If you want to stay updated with the latest happenings of the sports world, then stay tuned with MyTeam11.