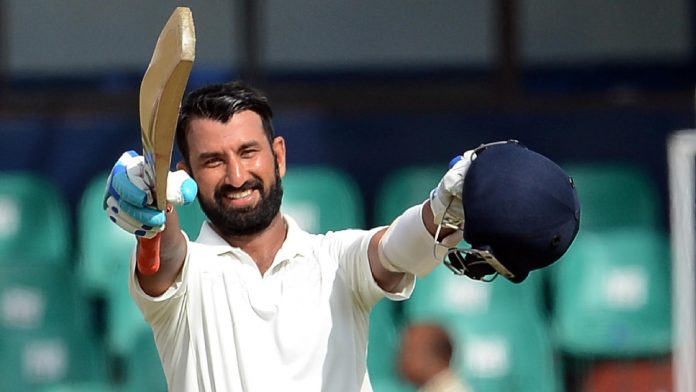 India’s tour to Down Under had been an interesting tale of events with both the teams giving in their best to outshine as the winner. However, the Second Test of the series played at Perth turned out to be a little disappointment for the Blue Army as they failed to row down the hosts, and the series went to an equalizing score of 1-1.

But the Third Test of the series, the Boxing Day Test which started on Thursday seems to give another opportunity to the visitors for showcasing their power and registering a victory in their name. Also, the test being played at the Melbourne Cricket Ground in Australia has served as an opportunity to Cheteshwar Pujara, the first Test Star, as the player moves to create a mesmerizing record.

Pujara who won the heart of millions during the first Test of India’s Tour to Australia with an amplifying score of 123 & 72, achieved another milestone during the third test. Pujara slammed the 17th ton of his test cricket career.

Pujara by scoring another century in his test cricket career on Thursday surpassed veteran cricket player, Sourav Ganguly, who has 16 Test Centuries registered under his name. With a total of 17 centuries under his name, he matches the record created by former Indian players, VVS Laxman.

VVS Laxman additionally has scored 17 tons in the past; however, the player took 225 Test innings to accomplish the records. On the other hand, Pujara achieved the said milestone in just 112 Test innings, whereas, Ganguly took 188 Test inning to score 16 centuries.

On the playing front, Pujara played a fine inning during the third test against the Aussies, but he was dismissed by Pat Cummins at a score of 106 off 319 balls. Before getting dismissed, he had a great partnership of 170-run with the Indian Captain Virat Kohli, giving team India good stability for the match.

We look forward to many other records being broken amid the upcoming matches at the Down Under. If you want to stay updated with the recent happening in the sports world, then keep watching this space.