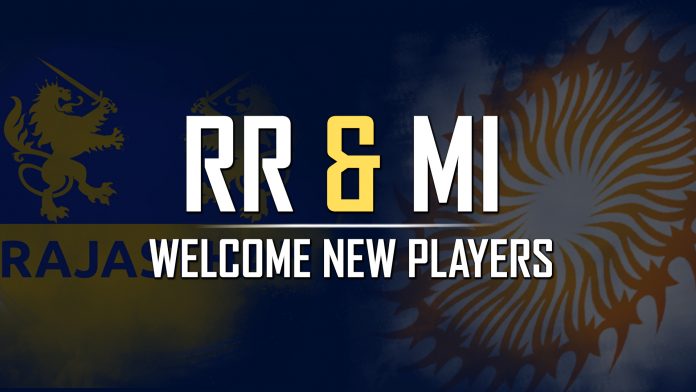 Gowtham was bought by Rajasthan Royals in 2018 as a bowling all-rounder at a whopping price of 6.2 crores and was retained for the 2019 season. However, he didn't have a good last season, claiming only a solitary scalp for the franchise.

Rajpoot is the second KXIP player to be traded after captain Ravichandran Ashwin who made his move to Delhi Capitals earlier this month.

The four-times IPL champions Mumbai Indians have further strengthened their bowling attack with the inclusion of Bolt. Capitals bought Boult for INR. 2.20 Crores ahead of IPL 2018 and picked 18 wickets from 14 games. Things, however, didn't go as planned as he had only five wickets in five games in IPL 2019 at an average of 32.60.

Mumbai Indian’s owner while welcoming the speedster to the squad said, "Mumbai Indians has always taken pride in having good pace attack. Year-on-year our bowlers have won us many games, a classic example being last year's final".

"We are delighted to have Trent Boult as part of the MI family and are looking forward to the upcoming season. I am sure his experience across formats, especially in the limited overs, will add value to our campaign," he added.

Mumbai Indians have made few changes to their squad this year. Before Boult, the defending champions had swapped spinner Mayank Markande with Delhi Capitals all-rounder Sherfane Rutherford.

More players are expected to be swapped before the end of the day as the IPL’s trading window will come to close this evening.