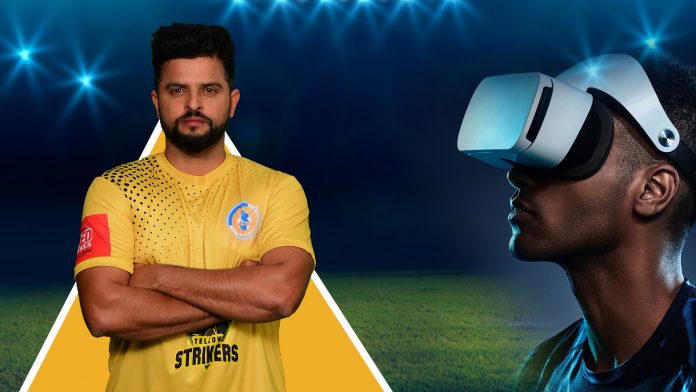 iB Cricket super over league, a game based on the pillars of virtual reality is all set to create a hype among people, as it commences on 15th March 2019. It is the first virtual reality cricket game that the cricket fans will witness.

Equipped and played with the help of VR boxes, the game will be played in between a total of 12 international cricket players, divided into 4 teams. The game which promises to provide an engaging real-time experience to both the users & the players will be played in three stages, i.e., the League stages, the Qualifiers, and the Finales. Suresh Raina led “Yellow Strikers” is one of the four teams that will compete against each other in the iB cricket super over the game.

Known for his T20 skills, Suresh Raina is the leader of Yellow Strikers. The player’s compatibility with the short format of the game can play a dominating hand in helping him get a hold of the match when he faces Harbhajan Singh in the 2nd match of the league stage.

Known for those magnificent, breath-taking front foot shots, Brendon McCullum had been witnessing off days since a long time. Well, the credit goes to the age-factor, but we believe that the iB cricket super over the game will sail to the good old times. McCullum will face veteran player Virender Sehwag in the first match of the event.

The Australian cricket player is known for his hard-hitting shots that can put bowlers in tension. Well, it would be fun witnessing the player’s charm on the virtual pitch & interesting to know whether he can outperform the opponents just like the real matches.

This was a detailed insight on the Yellow Strikers, who are all set to make a debut with the first match of the series. It would be great to see what would happen in this virtual reality game. Till then, if you want to stay updated with the latest sports stuff, keep watching this space.