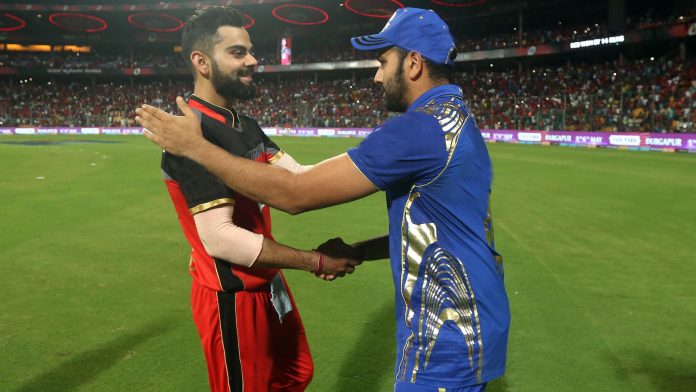 The on-going Indian Premier League had its 7th game on Thursday between Mumbai Indians and Royal Challengers Bangalore. The game ended with Mumbai Indians registering a 6-run-victory over Virat’s boys. Bangalore looked all set to achieve their first victory of the season, but it seems there’s a fault in their stars.

A last ball no-ball which went unnoticed by the umpires turned the game upside-down for Royal Challengers Bangalore. The game started with Mumbai Indians posing a high to achieve the target of 188 runs for Bangalore, which the team tried to achieve calmly. Skipper Virat Kohli played a terrific inning before getting knocked down by one of the finest pacers, Jasprit Bumrah.

It was Bangalore needing 72 runs off 28 balls when the team’s another trump card made its way to the field. After Kohli being dismissed, AB de Villiers took to the ground & played a significant inning scoring 70 runs off 41 runs & remaining unbeaten throughout.

However, despite tremendous efforts from Virat & his teammates, Bangalore looked down to a 6-run defeat. Lasith Malinga, the Sri Lankan legend, who joined Mumbai Indians for their 2nd game, after being allowed by SLC to play IPL, made a huge difference. With experience in hands & strategy in mind, Malinga helped Mumbai Indians to clinch a 6-run victory.

It was only after the game had ended that a huge mistake which went unnoticed came to light. After the match, skipper Virat Kohli saw on the big screen, that the last ball bowled by Malinga was a no-ball & if noticed, could have been a game-turner for RCB.

Sharing his anger & disappointment, Kohli, during the after match ceremony said, "We are playing at the IPL level. We are not playing club cricket. That is just a ridiculous call — last ball. The umpires should have their eyes open. It was a no-ball by an inch. It's completely different game altogether. If it is a game of margins, I don't know what is happening. They should have been more sharp and careful out there."

No matter what, the unnoticed no-ball did play a major role for MI’s victory, and has received a serious backlash. However, no nothing can be done. RCB will next play with, let’s see whether the team will manage to seal their first victory in the upcoming match or not. Till then if you want to stay updated with the latest sports stuff, stay tuned to MyTeam11.