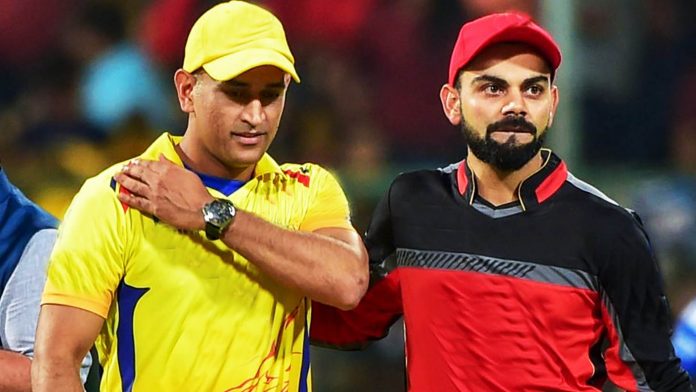 The 12th season of the Indian Premier League began with an encounter between the teams of two of most prominent Indian cricket players. The seasonal opener became a talk of the town with previous year champions, Chennai Super Kings facing Royal Challengers Bangalore.

Well, the game turned out to be an interesting event; however, the Challengers failed to create magic on the field. Virat’s boys winded up their game with a total score of 70 runs, getting all out. Mahendra Singh Dhoni or better known as Thala, just like the other times took a wise decision of opting to field first after winning the toss.

The 71-run target chase came as a cakewalk for the Kings, who went on to conquer a convincing 7-wicket victory against RCB in the series opener. Both Virat Kohli and AB de Villiers couldn’t pull off much for the team. Kohli got out for a score of 6 runs in 12 balls after trying to pull off a short delivery over the midwicket, only to make the ball land in Jadeja’s hands.

The score of 6 runs achieved by Virat Kohli in Saturday’s match against Chennai Super Kings is the lowest against the team in the long span of IPL & his worst at Chepauk. On the other hand, it was Harbhajan Singh only who dismissed the South African Legend, ABD, for a score of nine runs.

The 12th edition of the Indian Premier League began with a victory Chennai Super Kings, is it a sign that the lions will roar once again & grab their 4th title this year. Or will RCB make a potential comeback to win their first title?

The time can only tell about the final whereabouts, till then if you want to stay updated with the latest sports stuff, stay tuned to MyTeam11.