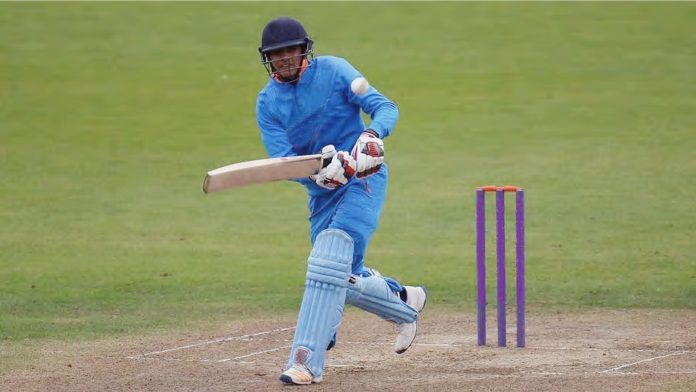 The Indian Team seems to have the upper hand in the five-match ODI series with a clean-sweeping victory over New Zealand in the first three matches. The Men in Blue clipped the Kiwis wings and vanquished the entire team with their incredible performances. While everyone’s eyeing on the fourth one-day international match to be held in Hamilton, the cricket fans are looking forward to another exhilarating experience.

The star of the Under-19 World Cup in 2018, Shubman Gill, hails from Punjab and has been receiving a positive response from the veteran cricketers and selectors for his impeccable performances in domestic cricket. On the one hand, Rohit Sharma will lead the team in the absence of the skipper Virat Kohli and on the other hand, everyone expects Gill to be at the helm and fill in the vacant No. 3 spot (as Virat will be resting for the next 2 ODIs).

The 19-year-old cricketer has heaped praise for his unmatched talent, and in fact, he is considered as a young player who exemplifies the new breed of Indian cricketers. Former Indian captain Sunil Gavaskar has put forth his opinion about this Punjabi batsman in front of the management. Gavaskar believes that the management should give green signal to this young budding talent in the final ODI matches. He also stated that his outstanding performance would be a boon for the Indian team and if an opportunity is given to him in the final 2 ODI matches, then it might give an idea of how he will take up the international cricket.

According to the greatest cricketer of all time, Sourav Ganguly, Gill deserves a go-ahead for rest of the matches in New Zealand as he is all set for the big stage. Moreover, Gill’s tenacity is hidden from anyone as the Indian captain Virat Kohli was also so impressed with his confidence and stance that he complimented him by saying that he was not even 10 percent of what Shubman is when he was 19 years old.

After receiving so much appreciation from the legendary cricketers, it’s time to definitely try the bench strength and let this gifted talent showcase his prowess in the ongoing five-match series against New Zealand. Ahead of the ICC World Cup, the Indian squad should allow more such aspirational talents to play for the country. The Indian team has some fantastic players apparently as Hardik Pandya has made a brilliant comeback recently, Rohit Sharma is in great form, the hard-hitting opening batsman Shikhar Dhawan has been consistent lately, and Kedar Jadhav has also given an impactful performance.

With such versatile team members, let’s find out whether Indian cricket team succeeds in thrashing New Zealand yet again or Hamilton brings a thunderbolt for the team! To stay updated with the latest sports stuff, keep reading MyTeam11.