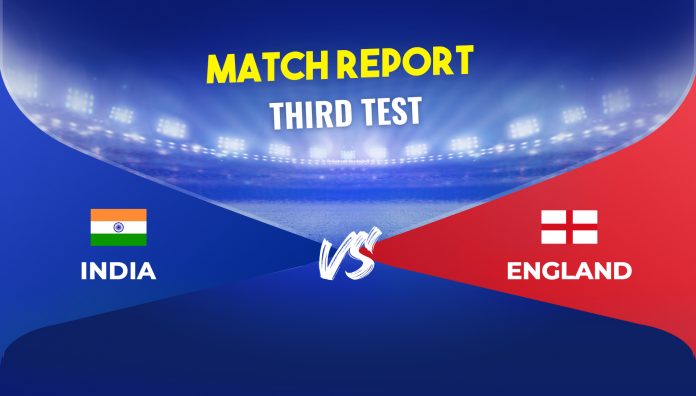 In the shortest Test match of the World Test Championship, India outclassed England with a spin-masterclass and won the third Test by 10 wickets. England showed some fight after conceding a lead of just 33 runs when they scored 112 runs in the first innings but Indian bowlers made the full use of spin to ensure a comfortable victory over Joe Root’s side.

Ishant Sharma played his 100th Test and entered in the elite club. India picked two early wickets as Sibley and Bairstow both went for a duck. Crawley batted very well by picking regular boundaries and completed his 4th Test half-century on just 65 balls. Ashwin got the big wicket of Root and Axar scalped Crawley to end the first session on 81/4. The second session was a nightmare for England and they formed a big batting collapse. Axar Patel completed his second 5-wickets haul and become 6th spinner to pick fifer in Pink-Ball Test. India bowled out England on a mere total of 112. It is the lowest ever Test-score by England in India.

India had a poor start on Day 2 and they formed an epic collapse against spin. Leach picked Rahane on 7 and later, Leach got big man Rohit after scoring 66. Pant didn’t stand against the spin and Joe Root got him out in single-digit. Joe Root played a vital role along with Leach to shatter India's innings. Root’s first three scalps came without conceding a run. Ashwin added some vital runs in the lead before getting out on 17. Indian side bowled out on just 145 with a lead of 33 runs. Root got his maiden fifer and Leach bagged four.

Axar Patel got Crawley out on first ball of the 2nd innings. Bairstow survived the second ball with DRS but Axar bowled him on third ball to leave England 0/2. Root and Sibley showed some steadiness but Axar got Sibley out when England scored just 19. Stokes joined Root and England crossed fifty. Root survived a scar with the help of DRS but Ashwin picked Stokes one more time. Axar Patel struck and picked the big wicket of Joe Root to complete his maiden 10-wickets haul. Ashwin picked Pope with an absolute ripper to leave England 6-down on 66. Ashwin picked his 400th wicket when he got Archer out. Ashwin became the second-fastest bowler after Muttiah Muralitharan to achieve this milestone. Axar Patel bagged his third 5-wickets haul when he got Ben Foakes out. Sundar picked the last wicket to all-out England on 81. It was the lowest total by England in India. England set the target of 49 runs and India chased down this total without losing any wicket.

Axar Patel is our star performer of the match. The Indian spinner picked 6-wickets in first innings and picked a fifer in the second innings. He didn’t allow England batsmen to settle on this pitch. Axar Patel bagged his maiden 10-wickets haul in his second Test of the career and he is now the first Indian bowler to bag a 10-wicket haul in Pink-Ball Test.