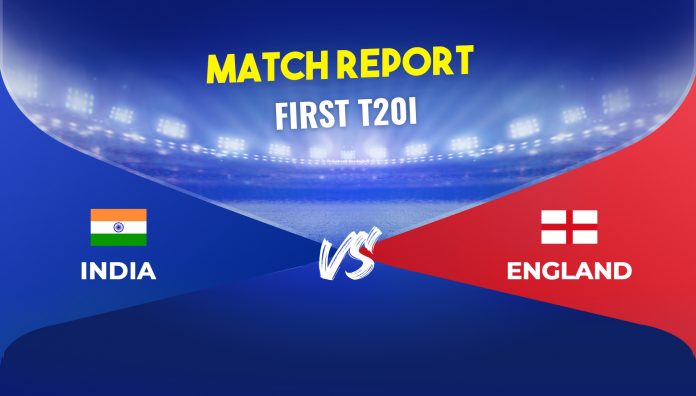 England took a 1-0 lead in the series after a dominant victory in opening T20I. Visitors made full use of the pitch and India surrendered against the extra seam. Iyer fought hard but it wasn’t enough to stop England to draw first blood in the series.

England asked India to bat first and they got the advantage of the extra seam. Morgan started the game with the spin. Jofra picked KL Rahul and Adil Rashid grabbed Kohli in single digits. Shikhar Dhawan couldn’t deliver and got out after 12-balls 4. India were struggling at 20/3 in five overs. India scored just 22 in the powerplay which is the second-lowest powerplay score by India in T20I. Pant and Iyer tried to form a partnership but Pant got out to Stokes in search of a boundary.

Shreyas Iyer scored his 3rd T20I half-century off 36 balls and India completed 100 runs in 17 overs. Pandya and Iyer added 54 runs for the 5th wicket and Jofra broke this stand with Pandya’s wicket. Archer picked Shardul on the next ball to leave India 102/6. Jofra Archer ended the figure with three wickets for 23. Iyer was the only player who batted with a strike rate of more than 100 which signifies the story of the Indian batting lineup. India finished on 124 and Iyer scored 48-balls 67.

England made a blistering start and Kohli also started with the spin. Morgan’s side avoided any blow in the powerplay. Jason Roy looked solid and found easy boundaries. Chahal struck for the first time when he got Buttler after 24-balls 28. Sundar picked dangerous Roy on 49. The run-rate was more than 8 in the chase and England made the task easy. The Three Lions chased down 125 with losing just two wickets and 27 balls spare. England now have taken a 1-0 lead in the series. It was their fourth consecutive win in T20Is and India's second consecutive loss.

Jofra Archer is our star performer of the match. He picked KL Rahul to start the early pressure. In his second spell, he broke the half-century stand between Iyer and Pandya. He went for just 22 runs in his 4 overs and picked three wickets.

4 impactful players of the match