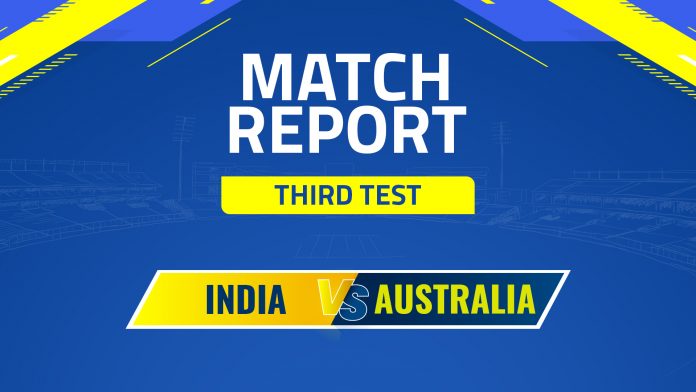 Team India managed to pull off a remarkable draw in SCG against Australia, riding on the collective batting resilience from the batting lineup. Pujara and Pant provided the base and Vihari-Ashwin completed the task by playing more than a session for India. The Series is now leveled at 1-1 and the decider of the series will start in Brisbane from January 15.

Navdeep Saini and Will Pucovski got the Test cap in SCG. Australia lost David Warner as Siraj got him in the 4th over. Rain spoiled the first session but the match started after lunch. Pucovski and Labuschagne both showed determination and Australia avoided any blow in the second session. Pucovski also completed his maiden half-century in his debut match. After Tea, India broke the century stand as Navdeep Saini got his maiden Test scalp by getting Pucovski LBW on 60. Steve Smith looked better this time and on the other side, Labuschagne completed his 9th test half-century. India went wicketless in the last hour of the day and Australia ended the day on 166/2 with Smith and Labuschagne in middle.

Marnus and Smith completed the century stand and Australia crossed 200 in the lunch session. Jadeja got the big wicket of Labuschagne who missed out his ton by 9 runs. India got Wade and Paine early to put pressure on Australia. In the tea session, Smith completed his 27th Test ton but India controlled the scar from the tail. Jadeja bagged four and also picked Smith through a direct-hit. Australia finished their innings on 338.

Indian openers played with ease in early overs. After the 17 innings, Indian openers crossed 50 runs for the opening wicket. Hazlewood broke the 70-runs stand as Rohit departed for 26. It was 300th international wicket for Hazlewood and he achieved this feat on his birthday. Shubman Gill scored his maiden half-century and couldn’t add more as Cummins trapped him on 50. Pujara and Rahane survived the final hour with a slow and steady approach. India ended day 2 with 96/2.

India didn’t take advantage of the previous day and lost Rahane and Vihari early. Pujara and Pant both constructed a partnership. Pujara completed his slowest half-century but Australia struck twice as they got Pant and Pujara in successive overs. The collapse was formed with these two wickets and India lost their six wickets on 49 runs. Jadeja scored some quick runs to reach 244 in the first innings. Pat Cummins bagged four wickets and after a decade, three Indian players got themselves run out in a Test inning. In the first session, India saw two injuries in the name of Jadeja and Pant. Mayank Agrawal and Saha came in place of these two players and both players were allowed to field only.

Siraj got Will Pucovski and Ashwin took Warner’s wicket to send both openers early. Labuschagne and Smith formed another 50 plus stand and Australia ended the day on 103/2.

Labuschagne completed his half-century and Smith also got back-to-back 50 plus scores. Navdeep Saini struck twice with Maruns and Wade’s wickets. Smith missed out a well-deserved ton. Green and Tim Paine got quick runs in 2nd session. Green got his maiden half-century and got out after 132-balls 84. Australia declared after 312/6 and called the Indian top-order to bat in the last session.

Gill and Rohit Sharma survived early scar with another fifty-plus stand. Australia bagged both openers before ending the fourth day on 98/2. Rohit Sharma got a fine 52 and Gill scored 34.

Rahane got out early and Australia looked solid in the first hour. Rishabh Pant and Pujara took the charge with a record partnership. Both completed their half-centuries. Lyon picked the big wicket of Pant who missed out a hundred by three runs. Pujara completed 6000 runs in Test cricket in his 134th innings. Vihari also got injured and it distracted Pujara to retain concentration. Hazlewood got him after fine 77 and India looked in trouble. Ashwin and Vihari survived the second session. Australia tried to get a breakthrough after tea but the duo batted for more than 35 overs to script a fine draw in Sydney. It was India's highest 4th innings total in Sydney.

Steve Smith is our star performer of the match. The Australian star scored a fine hundred in the first innings after back-to-back failures in the first two Tests. Smith continued his best form by scoring 81 in the 2nd innings. With his class batting, Australia managed to get 300 plus totals in both innings.