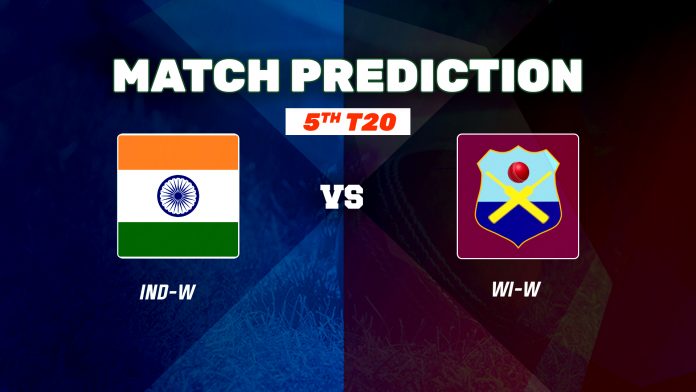 India Women are on tour to West Indies for a 3-ODI and 5-T20Is series. After registering a 2-1 victory in the ODIs, the Harmanpreet Kaur led team is looking forward to the last T20I of the series. With already 4 victories from 4-games, the visitors are eyeing on a clean-sweep. The 5th game T20I between India Women and West Indies Women will be held on November 21, starting at 3:30 AM IST.

The hosts have not been able to cope-up with the damage being caused by the spin-attack of India Women’s team. They are trying for improvements, but nothing seems to work for them as they have failed to register even a single victory in the T20Is. A victory in the upcoming game shall help India Women to whitewash the hosts; however, in case, the constant efforts from West Indies Women help them register a victory in the last game, the series will still be in the hands of India.

The game is scheduled to be played at the Providence Stadium in Guyana. The pitch here provided a low-score game in the previous match, and something similar is expected in the upcoming game too. Spinners will enjoy some benefit.

The weather reports from Guyana suggest a cloud covering of 97%. The precipitation levels are somewhere near 10-15% with the temperature around 25-27 degrees Celsius.