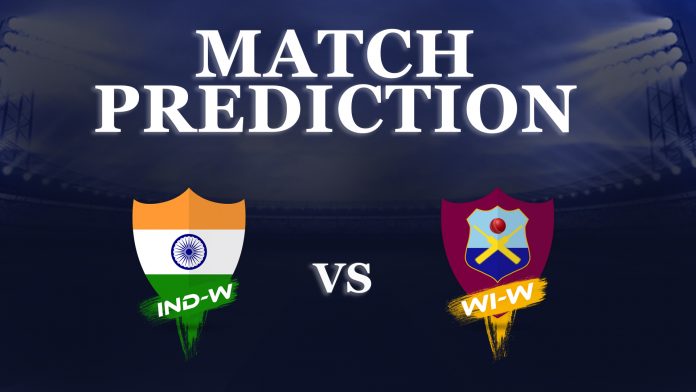 The third ODI between West Indies Women and India Women is all set to take place on November 6 at the Sir Vivian Richards Stadium, North Sound, Antigua. The game will begin at 7:00 P.M. IST.

The game began with West Indies women conquering a close encounter by 1 run. However, the India Women’s team looked in no mood to let go of the championship and came back strong in the next game, which they eventually won by a margin of 53 runs. The T20I series is now tied at 1-1, and the upcoming game shall decide the series winner.

The game is scheduled to be played at the Sir Vivian Richards Stadium, North Sound, Antigua. The pitch here is known for supporting the batsmen. Thus, high scores can be expected in the upcoming match. Taking after the behavior of the pitch, the team winning toss is expected to bat first & put the opponents a prey to the chase game.

The day is expected to be partly cloudy, with precipitation levels of about 10%. The temperature will be around 28-29 degrees Celsius, and the spectators can expect a full match.