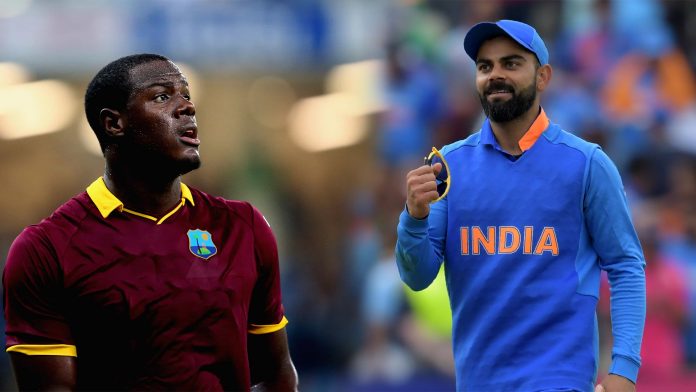 Lauderhill track has favored the batsmen in the previous matches. However, the first T20 international played here yesterday was low scoring but the reports coming from sources suggest a high scoring game this time. Both the teams will be looking to bowl first and take advantage of the playing conditions.

According to the reports, little rain might take place. The temperature is expected to be around the scale of 32 degrees, and humidity will be hovering around 73 percent.

The West Indies team management might include Jason Mohammad in the playing XI in place of John Campbell who didn’t trouble the scorers in the first T20 match. Other than this, no changes are expected. But, the batting line-up disappointed in the first match and will be looking to improve it in this match. The likes of Pooran, Lewis threw their wickets away and will have to show a bit more application to get runs in this match.

Andre Russell has been already ruled out of first two matches due to an injury. No other injury concerns are revolving around the team.

Virat Kohli is expected to do no changes in the playing XI for this match. Indian bowlers didn’t allow the opposition to settle down in the previous match. Debutant, Navdeep Saini bowled brilliantly and picked up three crucial wickets. Other than him, Washington Sundar made his international comeback, and he was the one to give India the early breakthrough. They would wish to carry on with their impressive form.

No injury concerns are revolving around the team. Thus, the Men in Blue will be eyeing to give a clinical performance and win the series.

Players to vouch for

The Indian team will be eyeing win the series while Carlos Brathwaite will be hoping from his troops to give 100 percent on the field to level the series. Let’s see what happens in the match.

Till then, Follow MyTeam11 for more updates and information about the latest sports stuff.