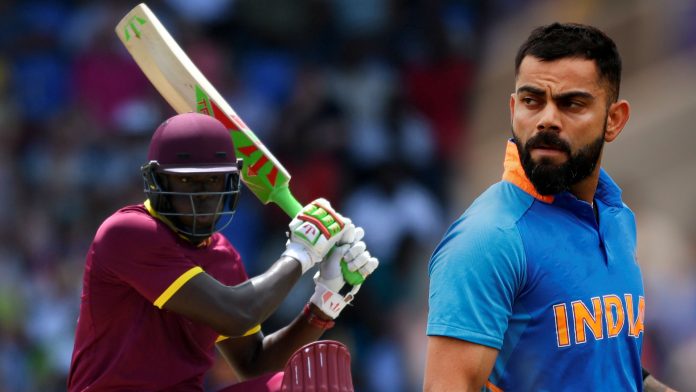 India will be touring West Indies for its first international bilateral series since the World Cup 2019. The series will include 3 T20Is, 3 ODIs, and 2 Test matches which will kickstart tomorrow i.e. 3rd August at 8:00 PM IST. Firstly, the teams will play a T20I series then One Day Internationals followed by 2 Tests.

Since long, India has never had an upper hand against the Caribbean Giants in any T20I bilateral series organized in & by West Indies.

The first T20 of the 3-matches-bilateral series is slated to be held at the Central Broward Regional Park Turf Stadium, Lauderhill, Florida (United States). The previous stats of the place can be defined as:

A total of 8 international games have been played on the pitch out of which 6 were won by batting first. The pitch is usually fast and dry. The team winning the toss is expected to bat first.

The weather forecasts for the upcoming match are not much delighting. The temperature is expected to be around the scale of 31 degrees alongside rain forecast on the card. Thus, there’s a possibility that the play might be spoiled due to rain.

The West Indies Cricket Board has made some astonishing inclusions in the time. Naming veteran players like Sunil Narine & Kieron Pollard highlights the possibilities of entering the 1st T20I as a strong team. The Carlos Braithwaite led side might give place to Evin Lewis, Nicholas Pooran and John Campbell, following their good records.

As of now, there are no injury concerns revolving around the team; thus, the West Indies giants are expected to make their series debut with their prominent players.

There is no doubt regarding the fact that India has never won a T20 game against the Windies in the latter’s home. Thus, Virat Kohli is expected to launch the series with the strongest possible combination. Majors like Krunal Pandya, Ravindra Jadeja, Bhuvneshwar Kumar will secure a place in the team. Also, either of Shreyas Iyer & Manish Pandey might get a place.

Indian opener, Shikhar Dhawan, who sustained an injury in the team’s World Cup opener against the Aussies, is fit now & will be playing the first T20I. No other injury concerns are revolving around the team.

Key Battles within the Match

The first match of the MyTeam11 sponsored series is expected to be one hell of a battle. It will be a delight to watch if West Indies will keep on the legacy defeating India or this time it will be something different and take the revenge of the 2016 T20 World Cup semifinal.