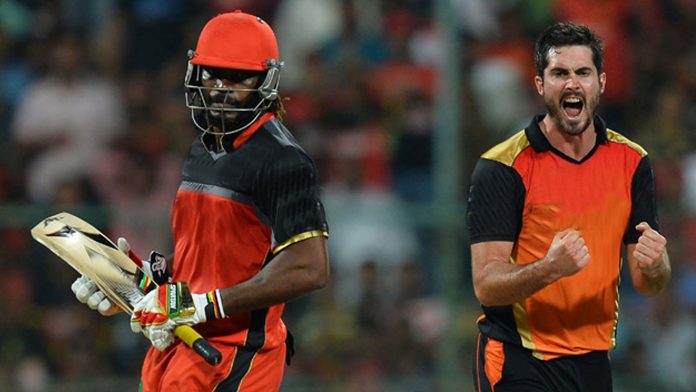 After losing their 2 matches in a row, the Royal Challengers Bangalore are all set to move towards their third match of the season. Sunrisers Hyderabad, on the other hand, has played 2 games winning 1 game and losing the other.

Sunrisers Hyderabad will be hosting Virat led Royal Challengers Bangalore at the Rajiv Gandhi International Cricket Stadium, Hyderabad, in the first match of the Sunday Double-headers. Well, the game is expected to be a spiced-up affair as at one hand there’s a team which hasn’t won any game yet, and on the other, there’s Hyderabad that lost their last game. Let’s see what the upcoming match has in store for the audience today.

As far as the previous match at the ground is concerned, the ground laid down a flat batting pitch for the teams that helped the Sunrisers clinch a terrific victory despite chasing. Looking at the stats, the weather is expected to start with a temperature in the 30s gradually cooling down, which might heat up the pitch. The pitch is then expected to work in favor of spinners.

As far as the team formation of the Sunrisers Hyderabad is concerned, the team is expected to bring in Khaleel Ahmed in place of Sandeep Sharma. Other than this, the team is not expected to make any major changes in the squad, looking at their previous successes.

On the other hand, talking about Royal Challengers Bangalore, then the team hasn’t won any matches yet. The team has a lot of prominent players but fails in terms of strategy. Talking about the changes, Colin de Grandhomme hasn’t performed well in the previous matches and is likely to be replaced by Tim Southee in the upcoming match against Hyderabad.