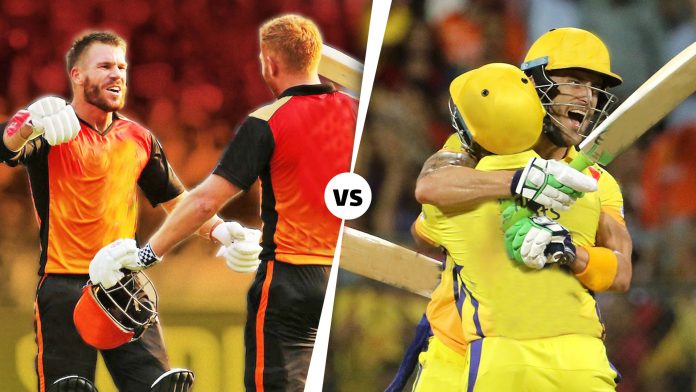 Chennai Super Kings have the upper hand on Sunrisers Hyderabad. In the 10 matches they played previously, Chennai won 8, and Hyderabad has only managed to win two games. Talking about current standings in the points table, Super Kings are at the 1st spot while Sunrisers are at 6th spot. So Sunrisers Hyderabad will come out all guns blazing to win the match.

As far as the previous match at the ground was concerned, the field laid down a bowling pitch for the teams that helped the Delhi Capitals clinch a terrific victory despite defending the target. Looking at the stats, the weather is expected to start with a temperature in the low 30’s gradually cooling down, which might heat the pitch. The pitch is then expected to work in favor of spinners.

Coming to Chennai’s team formation, the team is expected to bring Dwayne Bravo in place of out of form Shane Watson. Currently, Chennai is at the 1st spot in the points table with seven wins out of the eight matches they played.

Here’s Probable playing 11 of both the teams

Let’s see what happens in the upcoming faceoff between Sunrisers Hyderabad and Chennai Super Kings. Whether Chennai will win their 5th consecutive match or will Hyderabad register their 4th victory of the season. Till then, Follow MyTeam11 for more information and updates about the upcoming fixtures.