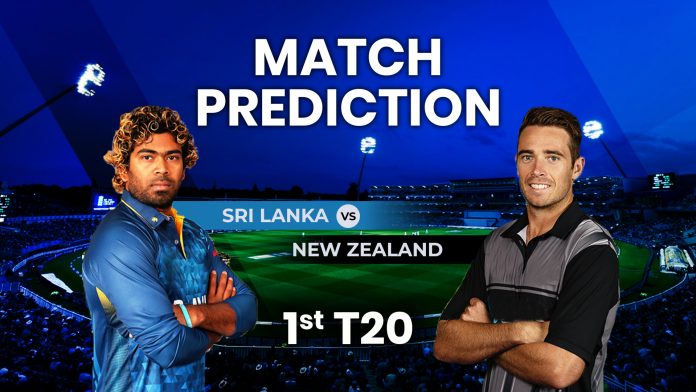 The New Zealand Tour of Sri Lanka, 2019 is soon approaching its end with only 3 T20Is left to be played. The 2-match Test series, played between August 14 and August 26 ended up in a draw with both the sides winning one match each. Thus, the teams will be eyeing to register a victory in the upcoming first T20I & then in the series. Scheduled to be held on Sunday, September 1, the game between the two sides will start at 7:00 P.M. IST.

The game is scheduled to be held at the Pallekele International Cricket Stadium, Pallekele, Sri Lanka. The pitch is known for having something or the other in store for bowlers. The ball can be doing something quite regularly be it reverse swing or spin. Meanwhile, the batsmen have a tough time at the pitch.

With the precipitation levels around 40% and humidity getting as high as 73%, light showers are on the card. The temperature will be around 29d degrees Celsius & the rain might interrupt the game, reducing it to some extent.