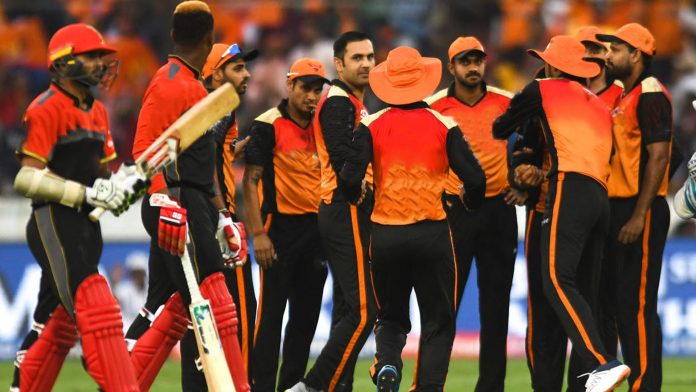 Royal Challengers Bangalore have already been knocked out of the tournament, but now they will aim to become show spoilers for Sunrisers Hyderabad. Sunrisers Hyderabad, after their loss against Mumbai Indians in the super over, will be eager to win the match at any cost & keep their chances alive for Playoffs.

The Chinnaswamy track has been a nightmare for bowlers this season. Almost every bowler has gone for runs here. Besides this, medium pacers get some swing in the initial over of the innings. Due to the dew factor, batting becomes easy in the second innings of the match. So no doubt, Captain winning the toss will look to bowl first. With the presence of destructive batsmen in both the teams, a high scoring match is expected.

The temperature will hover around mid-30s. According to reports, it will be a cloudy whole day. A little drizzle is expected in the midst of the match.

Royal Challengers Bangalore will miss the services of all-rounder Marcus Stoinis, who has gone back to his nation ahead of the World Cup preparations. Shimron Hetmyer might get an opportunity in playing XI in place of him. Other than this, Tim southee might replace Kulwant Khejroliya. No other changes are expected other than these. Royal Challengers Bangalore are at the last spot in the points table with 4 wins in 13 matches they have played till now.

In a must-win match, Sunrisers will like to go with experience. Yusuf Pathan might replace young Abhishek Sharma. Other than this, no changes are expected. Sunrisers Hyderabad is at the 4th spot in the points table with 6 wins.