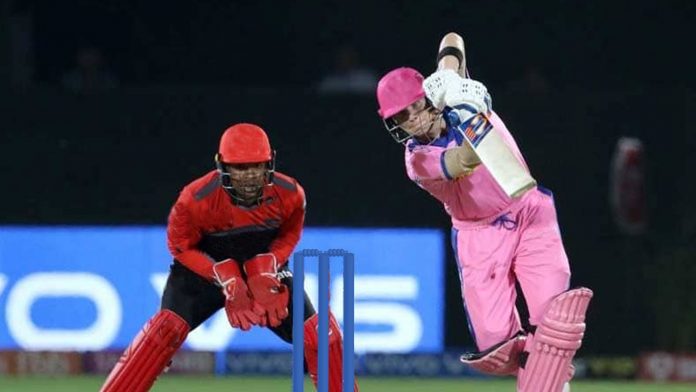 Royal Challengers Bangalore has already been Knocked out after their defeat against Delhi Capitals in the 46th match. Whereas, if Rajasthan Royals’ manage to win their rest of the matches, then, they may qualify for the Play-offs based on the mathematical calculations.

Chinnaswamy track has a lot for batsmen. This pitch has been a nightmare for bowlers. In every match played here this year, batsmen have had an upper hand on the bowlers. Due to the dew factor, batting becomes easy in the second innings of the match. So no doubt, Captain winning the toss will look to bowl first. A High scoring match is expected today.

According to reports, weather will be a big reason for worry. Plenty of rain is expected in Bengaluru today so there is a possibility that the match will be washed out.

Rajasthan Royals after their comprehensive victory in their yard against Sunrisers Hyderabad will not do any changes in their playing XI as the team combination looks perfectly balanced. Skipper, Steve Smith will return to Australia for World Cup preparations. So, he will be aiming to win this match. Rajasthan Royals is at the 7th spot in the points table with 5 wins in 12 matches they have played yet.

Let’s see what happens in the upcoming face-off between Royal Challengers Bangalore and Rajasthan Royals. Whether Steve Smith will end his IPL 2019 campaign with a win or Bangalore will get their 5th win of the season.