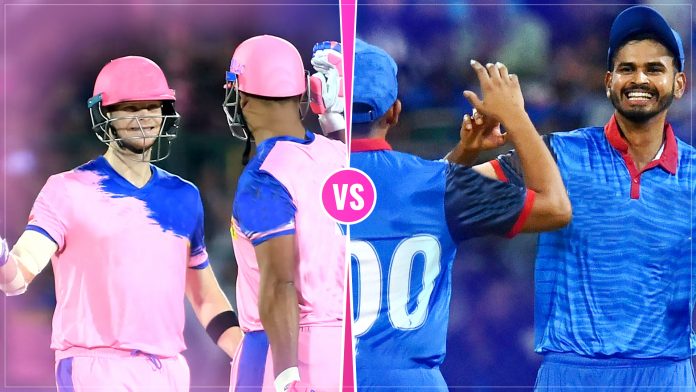 Rajasthan Royals under the captaincy of Steve Smith has played well in their last match against Mumbai and they will like to continue with the same form in order to give them chance to qualify for playoffs. Delhi Capitals, on the other hand, will look to register their 7th victory to move up in the points table.

The match is scheduled to be held at the Sawai Mansingh Stadium of Jaipur. The team winning the toss will look to bowl first because batting becomes easy in the second innings due to dew factor. The pitch is known for its favorable conditions for knocking off some decent scores. Talking about weather conditions, the temperature will hover around 30 degrees Celsius, but as the time will pass, it will get lower and the humidity will be on the higher side.

As far as team combination of Rajasthan Royals is considered, the team is expected to do no changes in the squad after their comprehensive victory against Mumbai Indians. The team will look to continue with the winning momentum. Rajasthan Royals are at second last spot in the points table with 3 wins in the 9 matches they have played.

Talking about team combination of Delhi Capitals, they might give chance to Manjot Kalra in place of Prithvi Shaw who doesn’t seem to be in form since last few matches. Other then this, Delhi Capitals is not likely to do any changes. Delhi Capitals are at the third spot in the points table with 6 wins in 10 matches they have played.

Here’s the probable playing XI of both the teams

Player to look at-

Follow MyTeam11 for more information and updates about the upcoming fixtures